Billionaire wants people to live on Mars within 15 years 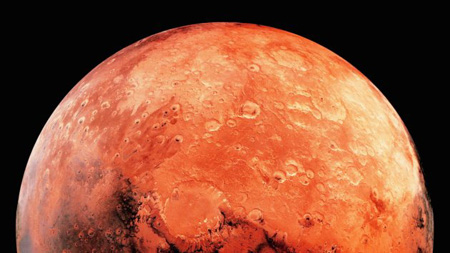 There seems to be two growing trends over the last few weeks: billionaires who are doing amazingly fun things with their money and the landing on Mars.  Well, yesterday, Elon Musk, the co-creator of PayPal and CEO of Tesla motor sports said with full dedication he expects humans on Mars within 15 years.

Musk knows a thing or two about space travel.  He is the CEO of SpaceX, the first private company in history to send a spacecraft to the International Space Station.  There has  been a lot of talk recently about putting a human on Mars, and not just because of Curiosity’s arrival there Monday morning.

Right now, Musk says that the biggest hurdle in making deep-space travel to Mars attainable is making it affordable, not just for the super rich.  The cost of the travel to Mars 15 years from now may change, but no matter what, it’ll be a high price to pay.

This is just another step in the right direction for continued space travel and exploration.  “We know it’s possible to get there,” Musk mentioned to ABC News. “You would be moving to Mars, so a round trip ticket, it has to be no more than half a million dollars, so roughly, a middle-class house in California, and at this point, I would say, I know it’s possible.”

Only time will tell…