For the seventh straight year, the Abt Outreach program brought a little more joy into the holiday season for several children from less-advantaged backgrounds. Abt employees worked hard to raise several thousand dollars—an amount matched by the Abt family—and the funds were used to purchase items such as clothing, shoes, and toys for students from four Chicago elementary schools. Illinois Secretary of State Jesse White selected the schools, and the individual students were then invited based on need. 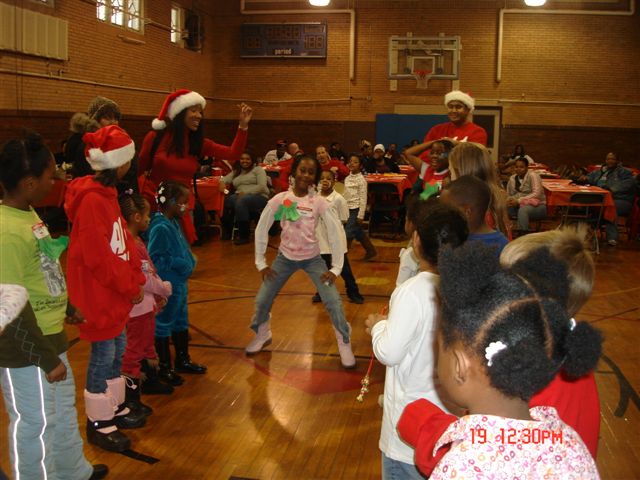 On Friday morning, about 25 Abt employees, under the no-nonsense leadership of Shirley Hood, Cari Boyk, and Karen “KC” Carr (wait, they just told me some nonsense was allowed), loaded a large truck with gift-wrapped presents and headed off to the event at the Seward Park recreation building in Chicago. 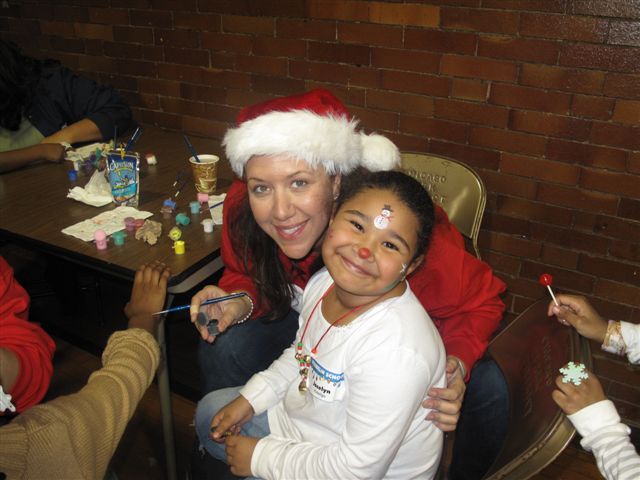 Maral Abrahamian added some holiday cheer to the smiling faces.

The 72 children, who attended with their parents, were first greeted with holiday stockings full of treats, and then took part in activities such as musical chairs, a dance-off, and face painting. “It was great to see all the kids having fun with all the different games we played,” said KC. These activities were followed by pizza for lunch, with cookies, brownies, cupcakes, and other treats for dessert. 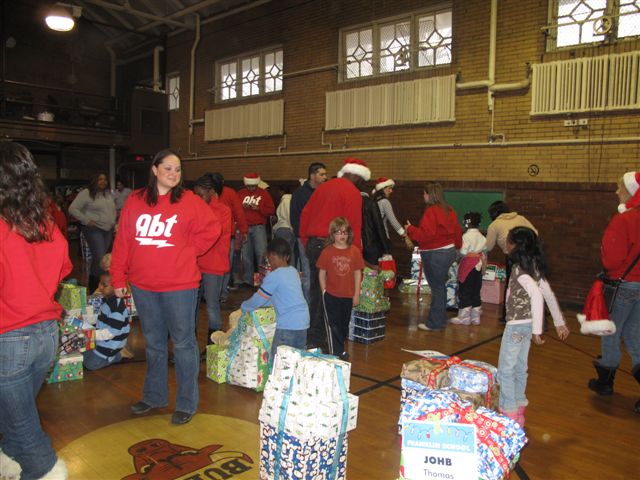 Jennifer Guzman watches as the kids open their presents.

The kids were then led into a room filled with presents labeled with their names and purchased based on holiday letters they had written to Santa. “When the kids saw their gifts, their eyes lit up like Christmas trees,” said Cari. 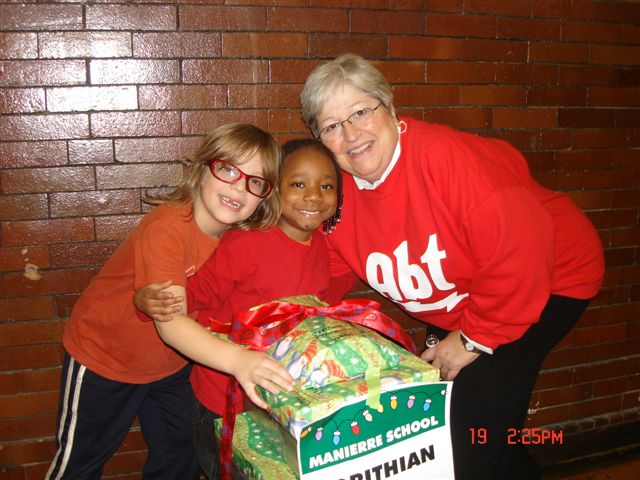 Martha Harpling (right): “Their smiling faces were the best gift of all.”

As you can see from the photos, the kids had a great time, as did all of the Abt elves.     —by Graham W.