Will You Watch Blu-ray in 3D? 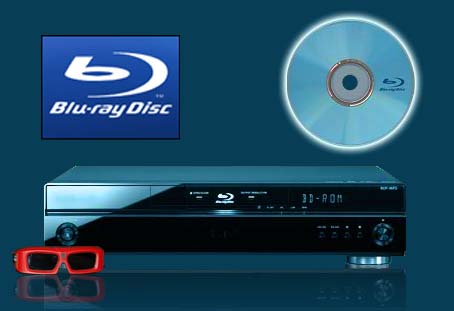 “Throughout this year, movie goers have shown an overwhelming preference for 3D when presented with the option to see a theatrical release in either 3D or 2D,” said Victor Matsuda, chairman, BDA Global Promotions Committee. “We believe this demand for 3D content will carry over into the home now that we have, in Blu-ray Disc, a medium that can deliver a quality Full HD 3D experience to the living room.”

The Blu-ray disc is the best option for 3D playback. It can provide full HD 3D images in 1080p resolution to each eye. If you don’t plan to watch a Blu-ray in 3D, not to worry, the discs are all backwards compatible in 2D as well. What that means? You can watch the 2D version of the same movie as you would in 3D. Playstation 3 will be forward compatible. You will be able to use your PS3 as your Blu-ray player and see movies in full HD 3D 1080p resolution.

If you can’t wait to watch movies in 3D, you will need to get special 3D glasses and the HDTV setup. The new versions of the 3D glasses have an IR emitter—and won’t be cardboard either. Look for the 3D Blu-ray discs in 2010.

Free Gift Wrapping!!!
Hot Holiday Gift Ideas From Abt
1080pBlu-ray
0 Comments
By Abt