What Is the Internet of Things? 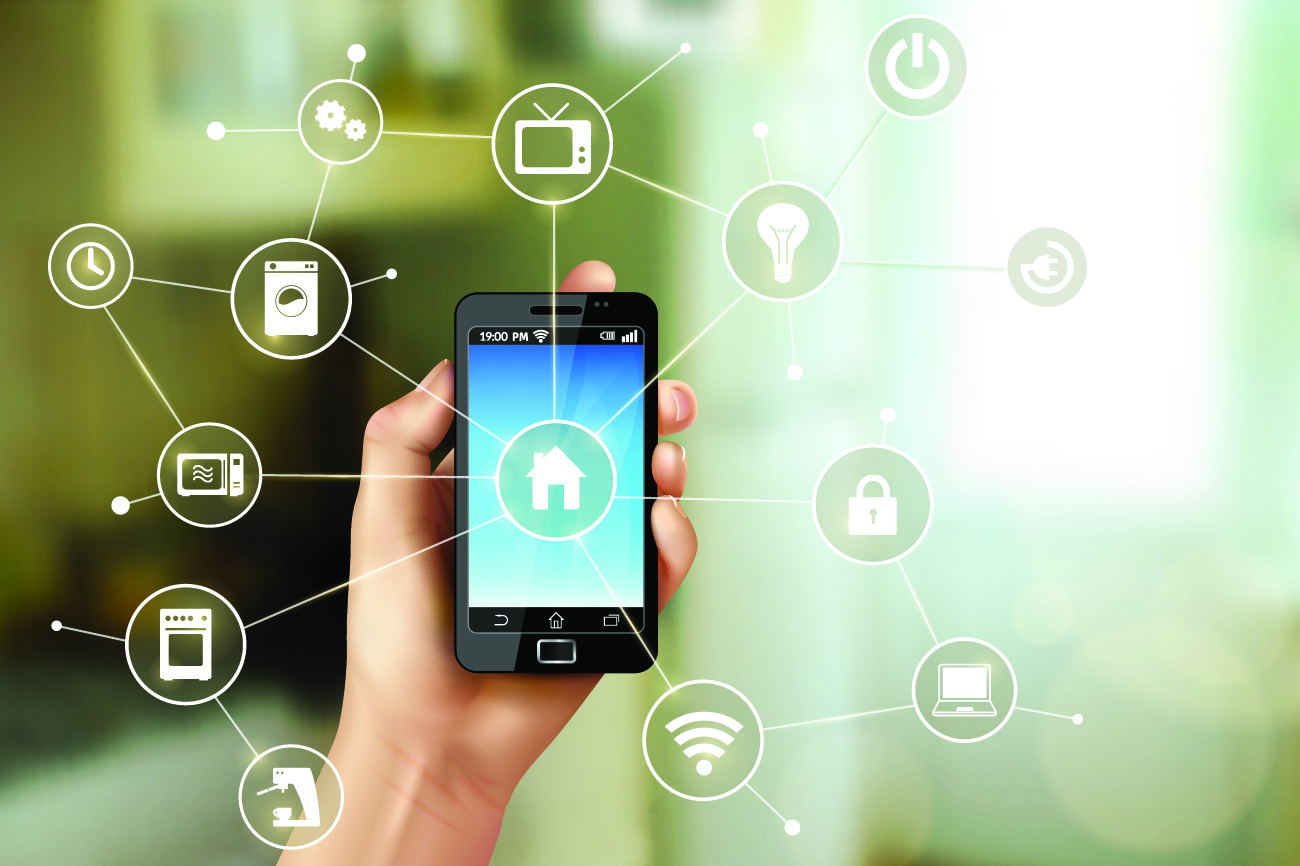 We’re all familiar with the Internet, which connects our computers, smartphones and tablets to others around the world—it’s how you’re reading this blog right now. But lately, you may have been hearing more about the Internet of Things, a concept that’s been steadily gaining buzz over the last few years. What is the Internet of Things? That’s what we’re here to learn today. 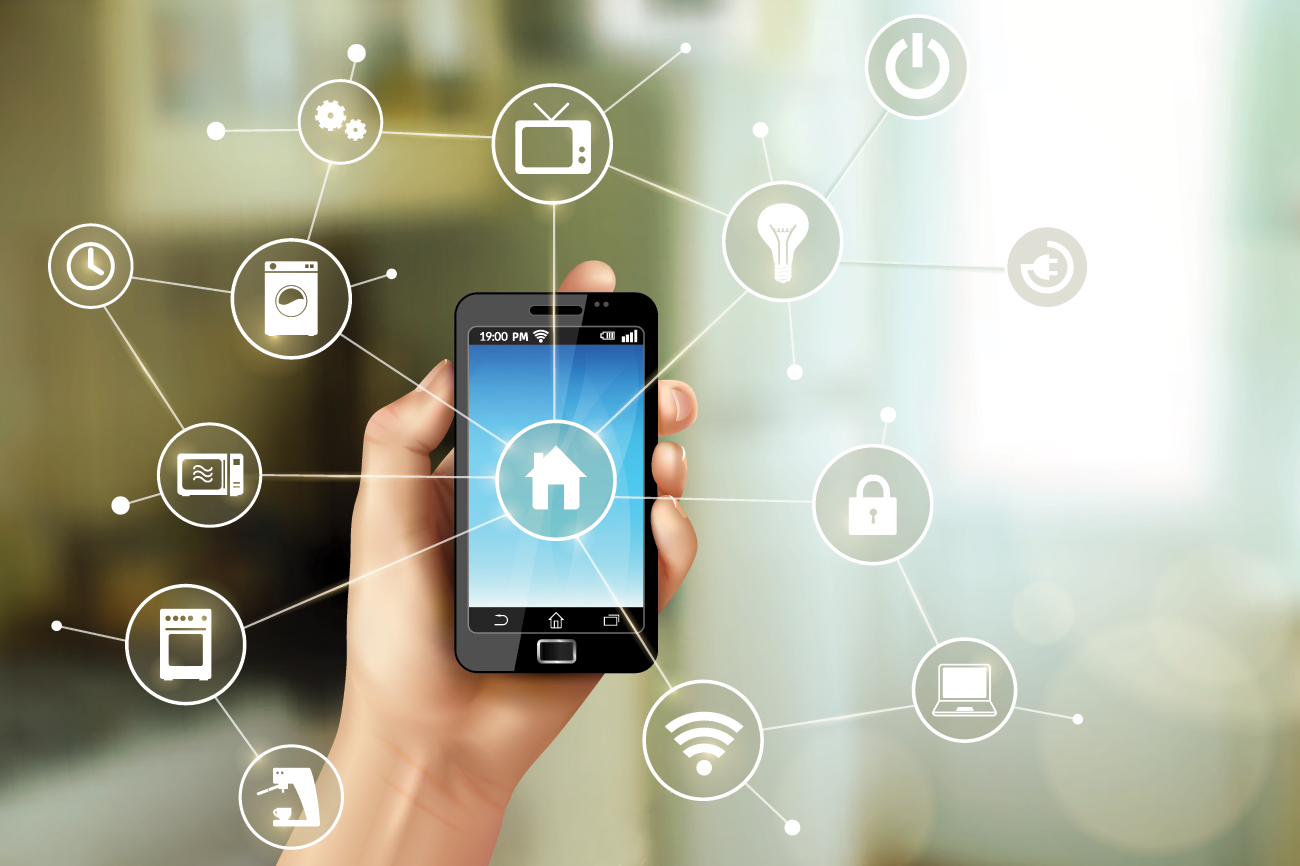 Thanks to this “smartness,” objects on the  Internet of Things give the user controls that would not normally be possible. Options like being able to turn the device on or off from anywhere with an internet connection, set and adjust timers or other functions, and even get diagnostic reports back from the device.

So, exactly what kinds of products can become part of the Internet of Things? The short answer is that almost any appliance or electronic device in your home. If it runs on electricity or can benefit from any sort of monitoring sensor, a version can be made that connects to the Internet of Things. That includes everything from the lights in your kitchen to the sprinkler on your lawn. Giving devices smart functionality makes our interactions with them more convenient and helps them operate more efficiently,which can help us save time and energy and, in turn, money.

For example, let’s take a look at the typical kitchen, and the products that are found within it. Each of the major appliances can be built with smart technologies and become part of the Internet of Things. Imagine a smart refrigerator with cameras inside, so while you’re at the grocery store, you can check to see if you need eggs, just by opening an app on your smartphone. Or, maybe the fridge will remind you that it’s been two weeks since you bought milk, so your current gallon might be spoiled. What if you had a range that you could preheat as you’re leaving work, coming home to a hot oven ready to cook. Or a dishwasher that was connected to the electrical grid and told you what time of day the electricity rates were the cheapest, and automatically ran at those times to save you money? Well, you don’t have to imagine any of those things, because they all exist—and are part of the Internet of Things. 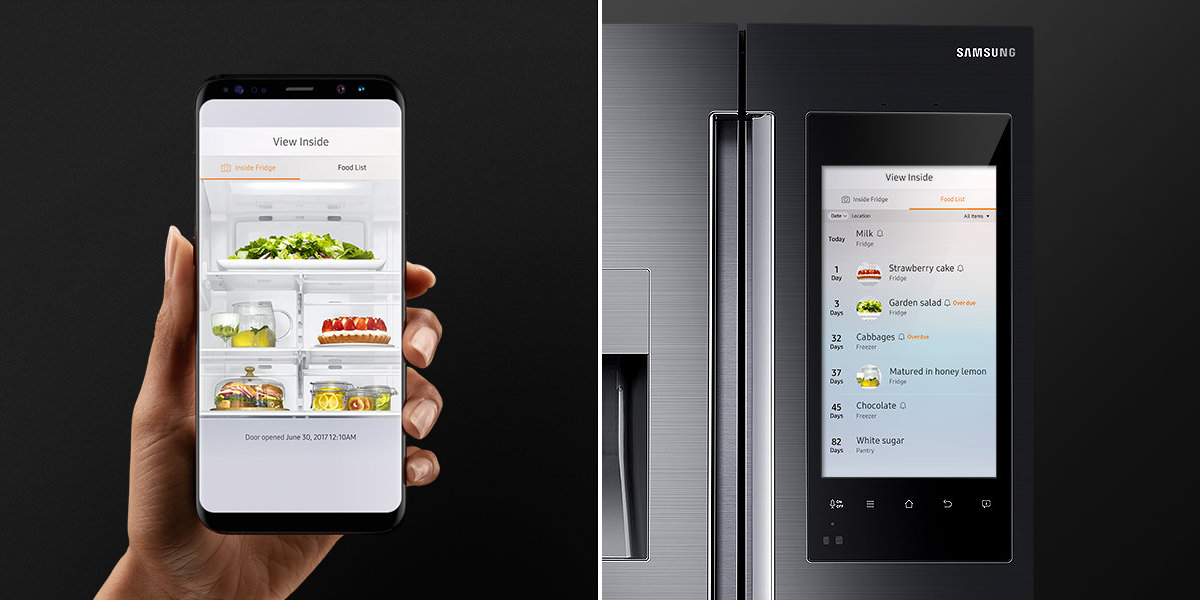 Samsung Family Hub fridges let you view the contents of your fridge on your smartphone, plus keep track of when items were added.

By connecting normal everyday appliances to the Internet, users get a level of convenience and efficiency that has never existed before. And these same ideas can be applied to products throughout your home.

One of the first mainstream products that took advantage of the Internet of Things was the Nest thermostat. Nest took a product that is found in just about every single home in the country—and which has remained relatively unchanged for years—and brought it into the 21st century. 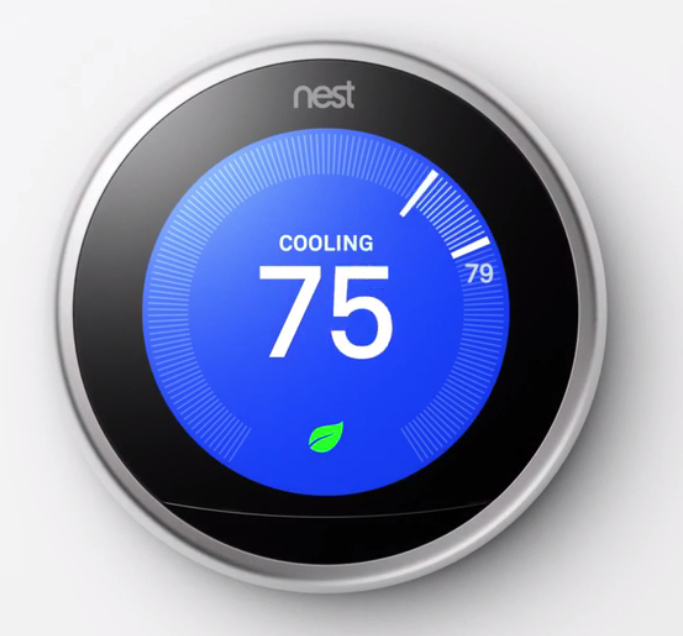 The Nest thermostat does everything you’d expect out of a normal thermostat, with tons more. You can control it from anywhere with internet access: if temps unexpectedly drop outside, you can make sure your home is nice and cozy when you get home from work in the evening. When you leave for work in the morning, your home network will notice that your smartphone is no longer connected, alerting the Nest that you’ve left the house. In turn, Nest will transition into Eco Temperature mode to save energy. And after a week or two of using it, Nest will actually learn your typical behaviors and automatically apply adjustments to your home’s climate. A typical Nest user should expect to save over 10% on heating and cooling costs each year.

And we can keep applying these basic concepts to just about anything in the home. With a front door deadbolt that unlocks when your smartphone gets within a few feet, you’ll never again juggle grocery bags looking for your keys. And when any authorized user can open the door through the smart app, you’ll never have to worry about kids getting locked out after school again. Like to wake up to a bright home? Sync your smart lights to your smartphone alarm, and they’ll know to turn on only if you’re getting up early that morning.  Suddenly want to hear your favorite power ballad while elbows deep a batch of fresh gumbo ingredients? A simple command to your Google Home, which is connected to your SONOS wireless audio system, will begin playing your song of choice, which is being streamed from your smartphone, without you even breaking a sweat. And if you can’t stand the heat in the kitchen, the Internet of Things can take care of that as well. Another quick voice command for your Nest to turn down the temps and you’ll be cool as a cucumber in no time.

And these are just a handful of examples  of what Internet of Things devices are capable of. It might sound unbelievable, but it’s a pretty fair statement to say that if you can imagine a way to automate something to make your life easier, the Internet of Things can probably help you get it done.