The biggest night in the entertainment awards season is coming up, and one of the most commonly-asked questions is: “How can I watch the Oscars without cable TV?” It’s a question asked more and more often as increasing numbers of people cut the cord. With every big television event, viewers that are accustomed to streaming content encounter problems figuring out how to watch the Oscars, or the Big Game, or any major broadcast event. While there are many options that are of dubious legality, here are a few legitimate ways that you can watch the Oscars without a cable subscription.

Over the Air Broadcast

Many viewers, especially those raised on cable, may not realize that, in much of the country, it’s possible to tune in to all of the major networks using nothing more than a simple indoor HD TV antenna. If your TV was manufactured in the last ten years or so, it’s able to receive over-the-air digital (OTA) broadcasts. That means that all you need to do is plug in an antenna to begin receiving free broadcast television. Since ABC is broadcasting the Oscars, anyone who can get the OTA signal can watch them for free, without cable. To find out what channel ABC is in your area, use the FCC DTV Reception Map. If your signal shows as strong or moderate, you should have no problem receiving the broadcast with a simple indoor antenna. Those in rural areas will probably see a weaker signal and may not be able to receive the broadcast without a larger outdoor HD antenna. 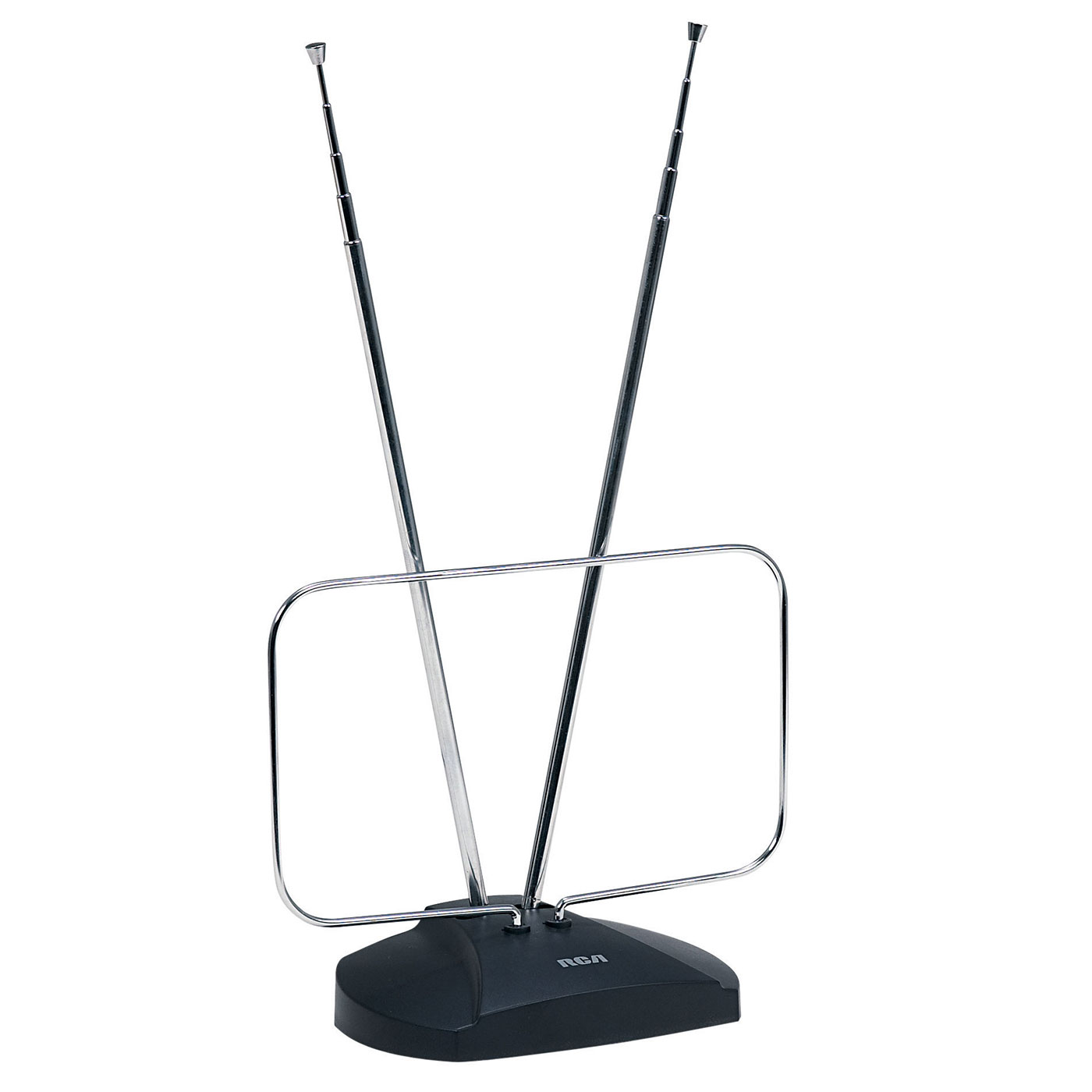 Your key to watching the Oscars without cable TV.

Say you don’t have a TV, because you’ve become so accustomed to streaming to your computer or tablet, or you you live in an area with a poor OTA signal. Well, ABC is providing an online streaming option that might work for you. ABC’s website provides streams of their regular content, but only to a selection of major metro markets: Chicago, Fresno, Houston, Los Angeles, New York City, Philadelphia, Raleigh-Durham and San Francisco. And while that covers a majority of the watching population in the USA, it’s still going to leave a lot of potential viewers in the dark.

Another option, then, is to use a paid service that offers streaming versions of network stations. Sling and Playstation Vue are the two major services that offer this. They both operate kind of like Netflix or Hulu—as an app on your smart TV, tablet or phone—but with the addition of live TV instead of only older episodes. Both also have a monthly subscription fee; Sling starts at $20/month and Playstation Vue at $29.99/month. Both of these plans include ABC along with a selection of other channels. 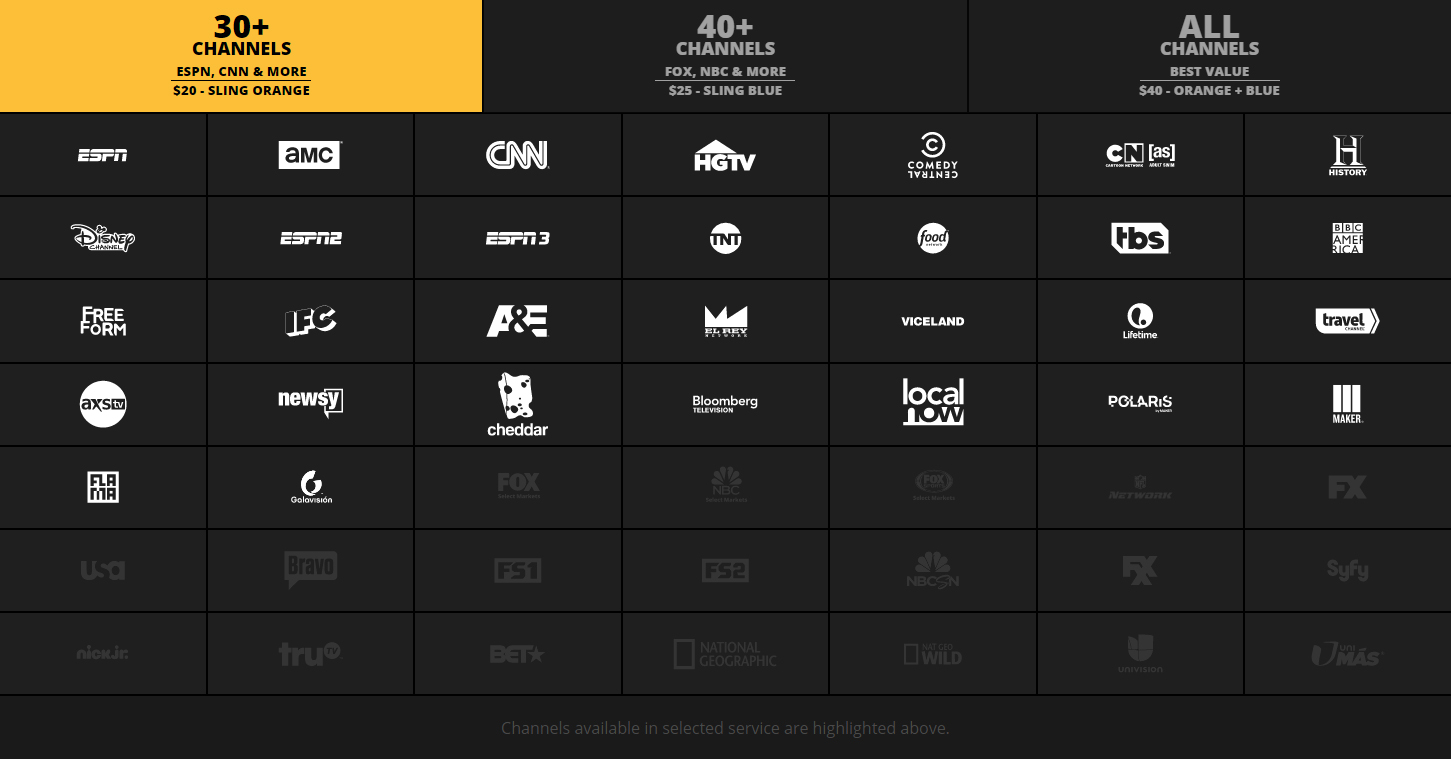 The channels included in Sling’s basic package. ABC can be added for an additional $5.

That might be a little pricey for some, but there’s good news for those who don’t want to add another monthly bill to the budget. Both services offer no-obligation trials, which means you can sign up to watch the Oscars, cancel within a few days, and not have to pay anything. Of course, you might also discover that you want to continue using the services, especially if you’re hoping to become a cord cutter, or if you just enjoy the convenience of access to live TV anywhere you have an internet connection.

Cutting the cord is not without its inconveniences, but the growing number of service have made it possible to overcome the lifestyle’s early problems, issues like trying to figure out how to watch the Oscars from a tablet or catch a major broadcast event without a cable subscription. Thanks to all of these advancements, you can enjoy nearly all of your favorite programs not only without cable, but from just about anywhere you can get an internet connection.