Visiting Abt Electronics During Construction

In case you missed it, Abt recently announced plans for an extensive store expansion for our Glenview, IL location. While normal store operations won’t be interrupted during the project, there will be a few minor inconveniences to deal with. Since we’re now in the first phase of construction, we wanted to let our local customers in on the slight changes they may have to deal with. So if you’re planning on visiting Abt this weekend or in the coming months, here are a few things to be aware of. 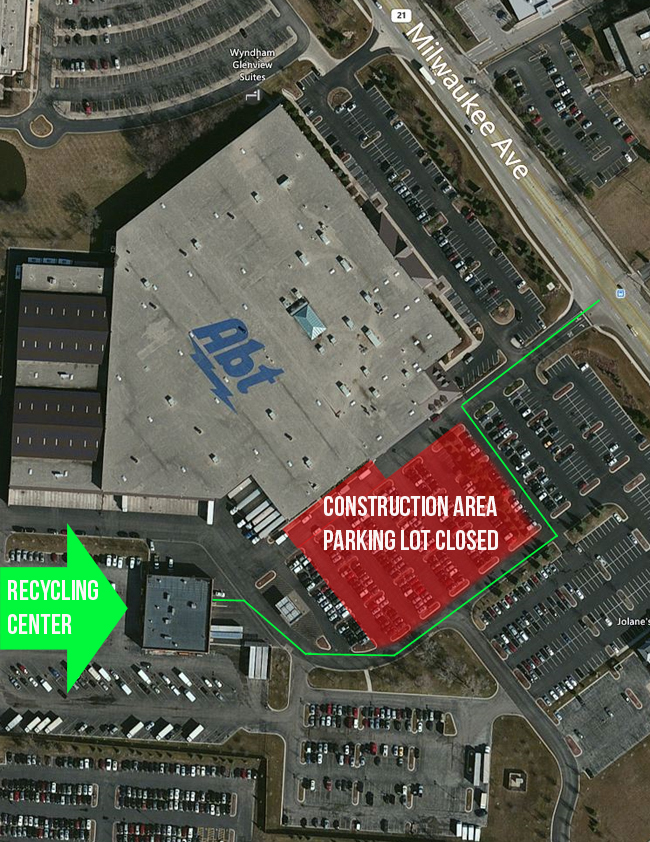 Overhead view of construction areas. Follow the green path to get to the Recycling Center.

The single biggest change is the closing of one of our major parking lots. Though mostly used by employees, it also held overflow for customers and Mobile Audio Install vehicles. A large chunk of the Southern parking lot is currently fenced off for demolition, since that’s where the new store addition will be located. Thankfully, the main lot in front of the store, as well as the large lot along Milwaukee Avenue and nearer to the Abt Design Center still offer plentiful parking on even our busiest days.

One unfortunate complication of closing that parking lot is that the route to the Recycling Center is no longer a direct shot from the main entrance. The Recycling Center will still be open during construction, and customers are still welcome to drop off their old appliances and electronics for free recycling, but will have to take a slight detour around the perimeter of the construction area. See the map above for details, and keep a lookout for signs indicating the way. 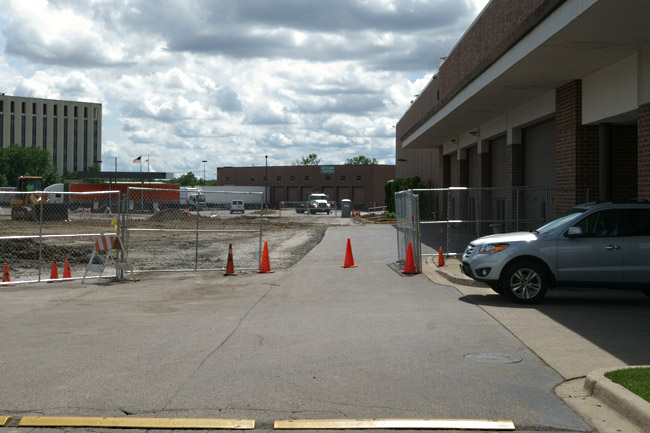 The view from the Milwaukee Avenue entrance. Construction blocks the path to the Recycling Center. The strip of pavement on the right half of the photo allows access to the Mobile Install Bays.

The Abt Mobile Install Department is still fully functional during construction, though access is a bit limited. If you’re planning to drop a car off for installation work, simply park in the lot along Milwaukee Avenue, enter Abt via the double sliding doors at Merchandise Pickup, and immediately hang a left once indoors, where you’ll find the Mobile Install clerical desk.

Beyond some additional noise and commotion, there won’t be any issues for visitors to worry about, so don’t be scared to stop by while we’re working!