One of the benefits of having all the major electronics manufacturers gathered in one spot is that you can quickly see which technological aspects of their products they are improving and the new features they are adding in an effort to stay in step with, or one-up, the competition. Here at the Consumer Electronics Show, it seems that every TV manufacturer is touting its products’ amazing contrast ratios and astounding refresh rates.

LG, for example, introduced its “Trumotion 480Hz” LCD TV panel, which has a 480 refresh rate per second (for those of you who are unfamiliar with refresh rates, the term refers to the number of times the image on your TV screen is refreshed each second, with higher numbers translating into clearer reproduction of ultra-high-speed images). The LG panels incorporate a scanning backlight that is repeatedly turned on and off to reduce motion blur, and this, combined with the company’s 240Hz technology, creates a display that can refresh 480 images per second. 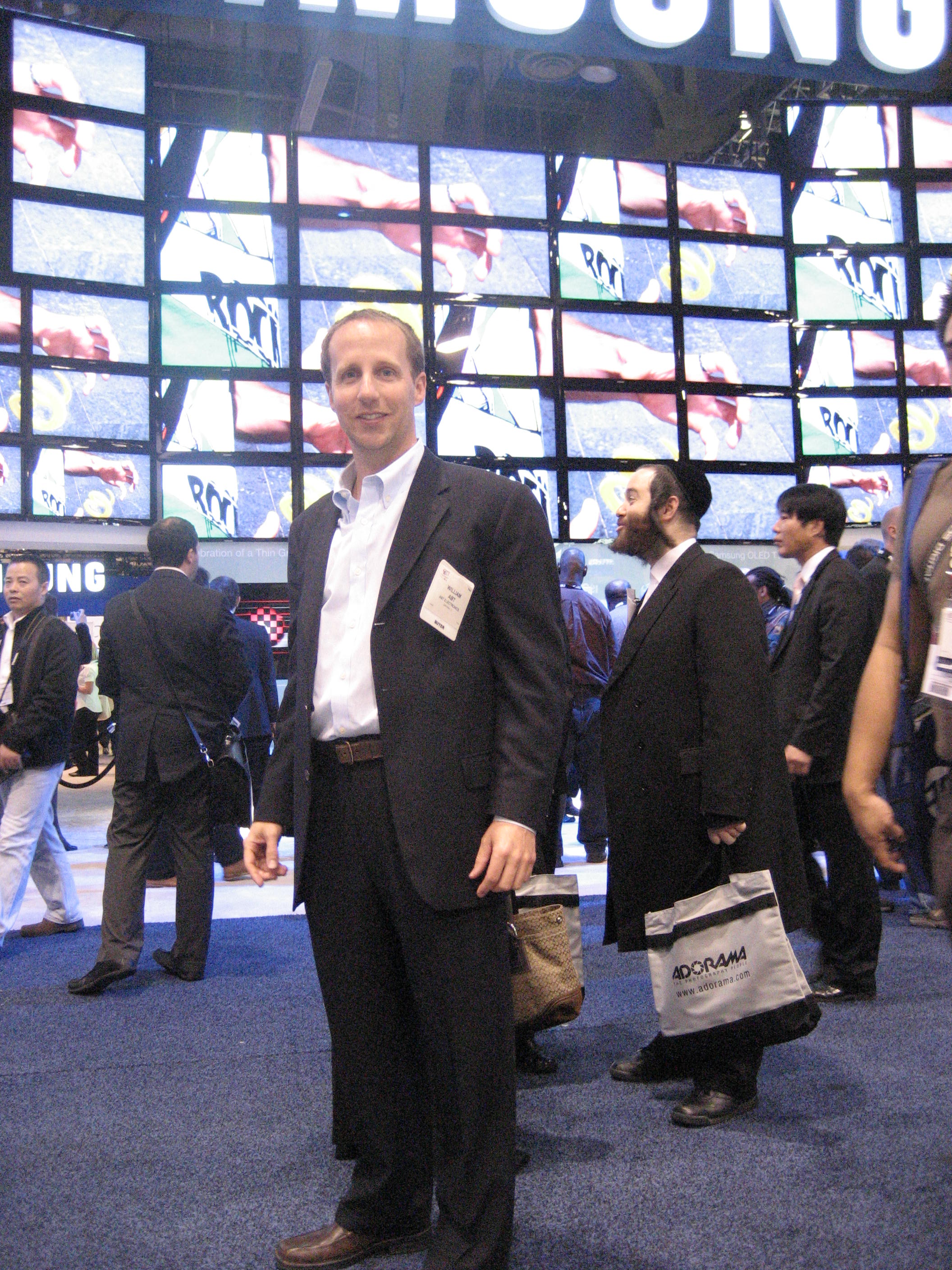 Billy Abt visiting the Samsung booth

Regarding contrast ratios, all of us from Abt have noticed how these numbers have gone off the charts as we visit the various TV manufacturers’ booths at CES. A ratio of 3,000 to 1 was something to brag about just a few years ago, but now it seems that if you aren’t hearing about 1 million to 1, you’re being shown an “infinite contrast ratio,” or a “mega dynamic contrast ratio,” as Samsung’s new one-inch thick PN-B850 plasma TV series boasts.

All of this translates into good news for consumers, as this competition among manufacturers means the image on your TV screens just keeps getting better and better.  —by Billy Abt (at CES) and Graham W.

Yahoo! Several Technologies Are Merging At CES
Panasonic Takes The Lead In The Thin TV Race
0 Comments
By Abt