Touch the Sky at Abt 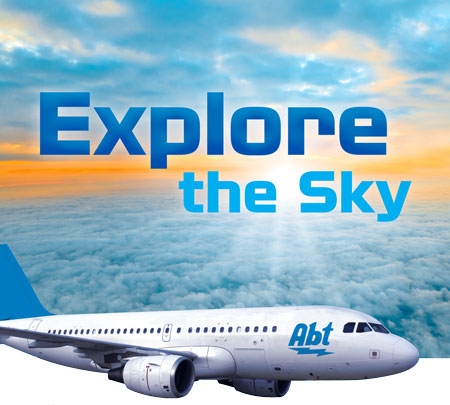 Abe A., one of Abt’s custom audio and video sales specialists, told me all about the flight simulator. He had a great perspective, considering he’s a pilot. He’s not the only pilot that uses the simulator. Commercial pilots come in with their kids and have fun flying the different courses that are offered. Seven courses are available to fly; the Oshkosh Air Show is a favorite of kids on weekends. Abe says that when flying Oshkosh, the plane races a truck with a jet engine. Kids love to race the truck. Scenic Hawaii, Red Bull Time Trials, Cargo Run, Jet Truck Drag Race, Swiss Outing, and On Approach are the other course offerings. 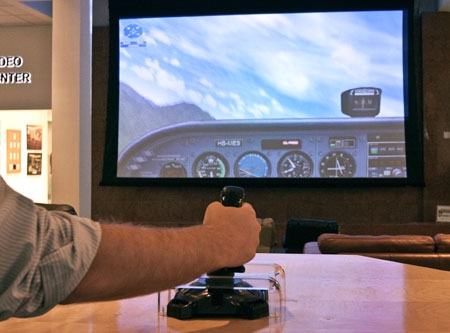 This simulator is so realistic it even downloads weather updates every 15 minutes for the area where the plane is flying. Fly anything from a Boeing 737 to a Cessna 172 Sky Hawk—and don’t be afraid to crash—you won’t! The crash mode is turned off.

The flight simulator is the same one used by aviation schools to train entry level students. Microsoft’s Flight Simulator FSX is projected onto a 207” screen from a Sony 4K Projector. The screen has an awesome 4,000,000 pixels of resolution. The computer running the program is made by Alienware.

Come on down to the custom audio department and try the simulator out for yourself. If it’s not on, don’t be shy, ask any Abt sales specialist to turn it on for you.

Check out the Caddie in Abt's Showroom
Apple Days at Abt Electronics: A Great Time To Save
abtCookie Kitchencookieselectronics
2 Comments
By Abt