Throwing A Super Bowl Party? You Need An HDTV

Since this is the week leading up to the Big Game (you know, the one that starts with an “S” and contains Roman numerals at the end for some fancy reason), we’re going to give you some ideas over the next few days for things that will make your party, or even your private viewing, a lot more enjoyable this year.

The main thing, of course, is to get an HDTV that’s big enough for everyone to see all the action. A recent survey found that 73% of football fans would rather watch their favorite team at home on an HDTV than have season tickets to watch the games in person. Also, 43% said they would even resort to visiting their in-laws to watch the Super Bowl if they had an HDTV. Judging by that, it seems that watching football on an HDTV just might be the answer to a lot of the world’s problems. 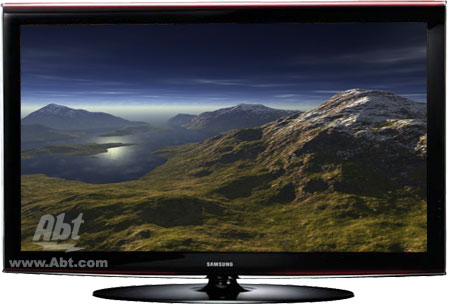 To top things off, 61% of football fans believe an HDTV is “required” for a great football-viewing party. So this means that 6 out of 10 of your guests are going to leave your Super Bowl party immediately if you don’t have an HDTV, and the other four are probably going to grumble and moan until you rush out and get one.

We have lots of great HDTVs for you to choose from to make sure that doesn’t happen and to help make your party a success, whether your preference is LCD, plasma, or DLP. We’re even offering instant savings (more than $1000 on select sets) on all Samsung LCD and plasma TVs, along with free shipping and up to $200 in NFL.com shop credits. All of our other HDTVs from top manufacturers like Sony, Sharp, LG, Panasonic, Pioneer, and Toshiba are also on sale, so check out all the great deals available on HDTVs at Abt and Abt.com. For those of you who live in the Chicagoland area, if you order your HDTV before 3 p.m. on Saturday, you can still have your set delivered before the Super Bowl kickoff on Sunday.

Tomorrow we’ll have ideas for sensational surround-sound systems that will have you and your guests feeling like you’re actually at the game.   —by Graham W.