The (Scary) Future of Gaming 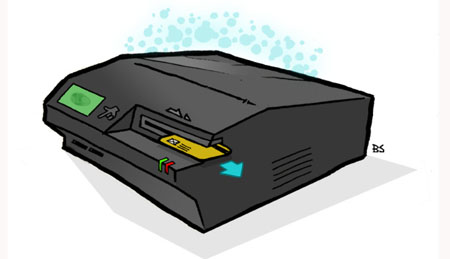 I wanted to bring all my fellow gamers an article written by @jeffbakalr  from the team over at Cnet.com called “Say hello to the brave new world of console gaming” The article wonderfully addresses the current issues facing console gamers and how these issues will impact the future of the overall marketplace.

The major issue discussed is the gaming industry’s increasing efforts to eliminate the sharing of games in the name of “anti-piracy.” We have already seen the unique access code strategy, like EA’s online pass, being used to discourage sharing. These codes are only available to those who purchase the game brand new, or can be purchased through the manufacturer. As the article states, the most infamous anti-used-game strategy by a manufacturer was with the release of Batman: Arkham City, where second-hand users were denied access to an entire campaign in the game. Lately, rumors have taken it as far as reporting that future gaming consoles will have built-in features that detect, and deny, used games.

This will have several impacts on our gaming world. First, as you can imagine, companies like GameStop and Gamefly will have real hard time selling/renting used games that lack the content gamers want. As games continue to rise in price, gamers take a level of comfort in the fact that they can sell the used game to help pay for another but this anti-used-game trend will surely thwart that comfort. Now, not only can we not sell our used games back for future gamers to enjoy, we can’t even share games with friends or colleagues. Is this really anti-piracy or just a way to squeeze more money out of an already expensive market? Although these companies foresee an increase in profit with this kind of model, we can surely see the reasons why the opposite may be a more realistic outcome.

The article also poses some excellent predictions for the overall future of gaming. Downloadable content and subscription based services are becoming more popular. A mention of the “end of physical media” and the switch to completely downloaded/streamed content mark excellent points in the future of gaming debate. Anyway, we thought this was an excellent article and worth a read for any gamer; hardcore or casual.

Where do you want gaming to go? We would love to hear what you think.

Back to School Specials

Big news for gamers: PS3 is officially offering 3D games. With the purchase of a Sony Bravia 3D TV, Sony is giving you four PS3 3D games and demos.

Abt's 2016 family picnic was full of delicious food, face painting and fun games. Relive the moments with photos on our blog.

Our new showroom needs a name! Dedicated to all things entertainment, the showroom will offer everything from wine coolers to table games.