Apple announced quite a few product refreshes at their hardware event today in Brooklyn. Included in the announcements were updates to the MacBook Air, the Mac Mini, and the iPad Pro. And while Apple announcements come around every year, this one saw some of the most significant upgrades in years.  Here’s what’s new in these Apple products:

When it first debuted, the MacBook Air was a revolutionary product that ushered in a new era of ultrathin laptops. It’s been over ten years since the model debuted, and today’s announcement features the Air’s biggest revamp since 2010. The most notable change is the inclusion of a Retina display, giving the new MacBook Air four times the resolution of previous models—still in a 13-inch display.. With slimmer bezels and a body now made entirely from recycled aluminum, the new laptop is also lighter and thinner that its predecessor. Inside the sleek new machine, you’ll find more storage and power as well: an 8th-gen Intel Core i5 CPU, 8GB or 16GB RAM, and up to 1.5TB of SSD storage. The MacBook Air will be available November 7th, starting at $1,199.

The iPad Pro has always been where Apple implements its most impressive tablet technology, and the new 2018 iPad Pro is no exception. Just about everything has been revamped, from the internals to the body construction, plus, the debut of an 11-inch iPad Pro means there are now three sizes in the lineup. The most notable visual change is the width of the bezel: the sides have been slimmed down and the top and bottom both greatly reduced to create an evenly-thin bezel on all sides. While it’s not totally gone, Apple is referring to this new look as an “all-screen design.” The miniscule bezel means there’s no room for a home button, whose functionality is replaced by Apple’s Face ID. Also absent are a headphone jack and Lightning port, with a USB-C port taking care of charging, data transfer and (for wired headphone users), audio out. Inside, a new eight-core A12X Bionic processor gives the iPad Pro even more oomph, keeping it competitive with other portable professional tools. The new iPad Pro will be available starting at $799 for the base 11-inch model.

Desktop users have not been forgotten, as the Mac Mini gets its first update since 2014. The still-tiny computer is now specced with Intel’s 8th-generation, quad-core or hexa-core CPUs, faster 2666MHz DDR4 RAM, and up to 2TB of SSD storage. Increased airflow and a re-worked cooling system let Apple crank up the performance without changing the Mac Mini’s footprint. Users can expect to get up to 5x the performance of the original Mac Mini. So what had started as basic, affordable option for Apple users has now become a more powerful tool worthy of creative pros. And of course, with that evolution comes a significant price increase. The new Mac Mini will start at $799. 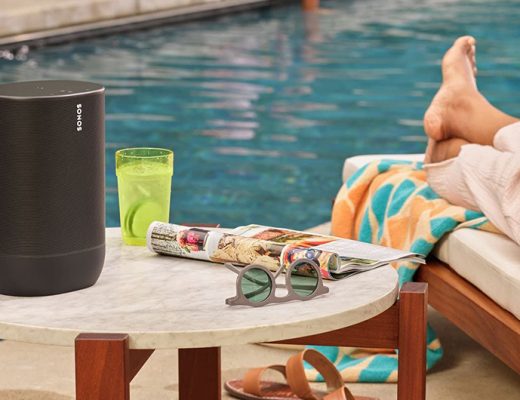 Learn about Abt's electronics & appliances selection with Abt's Learning Center. With almost 100 Buying Guides, find exactly what you are looking...
Something new is coming soon….👀

Every September, Abt is proud to go gold and suppo

We're excited to announce that @starvedrockwoodpro

Our custom audio team got this GT 350 ready for La