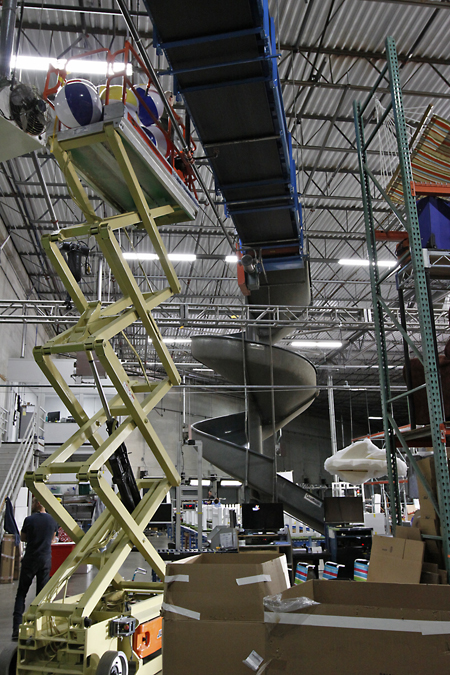 What’s a scissor-lift full of beach balls doing in the Abt Warehouse? Are we training circus seals? Nope, though that would be fun. Are we finally opening that indoor water park? Unfortunately, no (not yet, at least). Perhaps filming a remake of Beach Blanket Bingo? Sadly, we’re not doing that either…though that answer is close!

Abt was recently approached by a media location scout about the possibility of using part of our warehouse for a television commercial. The film crew was specifically interested in the conveyor belt system located in our UPS shipping department. We’ve had requests to use our store before and, though we won’t be identifiable in the commercial, were happy to oblige. It was a well known brand, but at the time of production, we weren’t allowed to divulge who was having the advertisement made. Since the commercial has now been released, we can reveal that the client was the Illinois Lottery Commission/Northstar Lottery Group, and their lead advertising Agency, Downtown Partners Chicago.  Abt’s warehouse was the perfect setting for the TV spot introducing their new family of instant tickets, called “The Good Life.” The game gives players the chance to win up to $10,000 a week for twenty years. We’ve attached the TV commercial at the end of this post 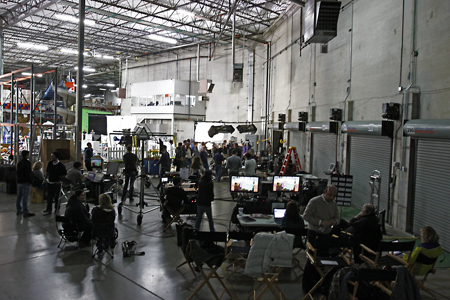 The massive film crew set up in our warehouse. 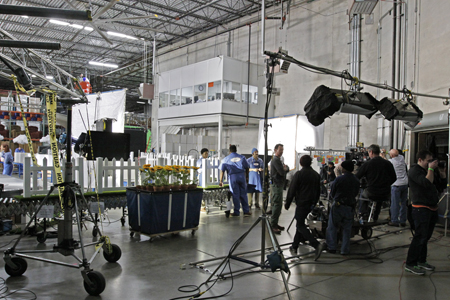 The film crew began showing up early on a Thursday afternoon to start setting the scene for the commercial. Part of the process involved hanging extensive rigging from the ceiling, from which their lighting would be hung. They trucked in hundreds of props, including dozens of puffy “clouds”, multi-colored recliners, hammocks in the sky and the aforementioned bevy of beach balls. 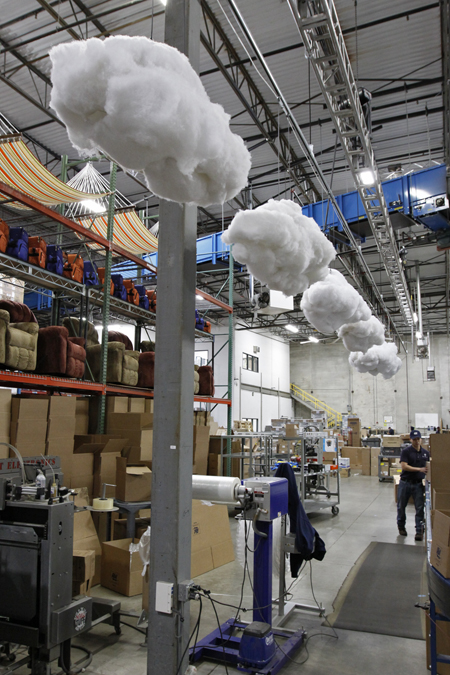 Clouds hanging in the Abt Warehouse, hammocks on the shelf.

Eventually, our shipping department looked more like a Hollywood movie set than a retail warehouse. Nearly 75 cast and crew were on hand, along with countless cameras, cluttered computer kiosks, cables upon cables snaked across the makeshift set, and a giant green screen. They worked through the night, wrapping up around 4 a.m. the next day. 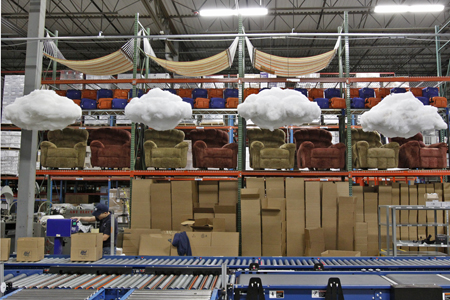 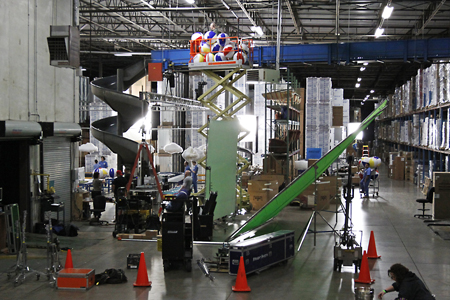 The view from the opposite side of the film crew. 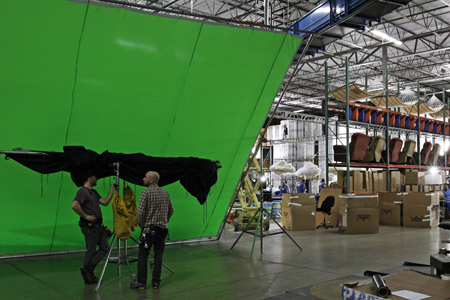 It was a great experience to get a behind-the-scenes look at the making of a commercial with such high production value, and who knows, this just might be our big break. After all, plenty of Hollywood’s Hottest got their start in commercials…