The Evolution of Recording Music

Recording your favorite music and playing it back has changed dramatically the last several decades. From Thomas Edison’s invention of playing your favorite tunes through a phonograph to the iPod Apple music player Goliath, music has had its fair share of player incarnations. Popularscience.com featured an article entitled, “The History of Recorded Music“. 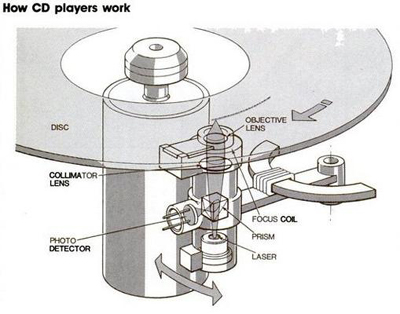 For someone like me, I played with records as a kid, and was extremely familiar with cassettes, and I remember the rise of the Compact Disc. CD players were first introduced in 1983 and slowly began to overthrow the market. They  delivered crystal clear sounding music, and the laser beam it used ensured that the discs never wear out, the way LPs do. When they first arrived, CD players ran around $600.

You can’t help but wonder what the future hold for music players. There is a whole generation of kids now that will never know the beauty of compiling a list of songs and burning them to CD, or the more archaic, waiting for the radio to play them and recording them on cassette.  As technology grows, so do our interests and knowledge, so hopefully whatever the next generation of music players there are, we will continue to appreciate and revel in the art of music.