The CES 2012 Attendance Numbers Are In! 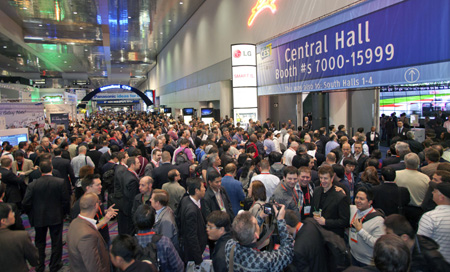 This year’s 2012 International CES was the largest in the event’s 44-year history, with a record numbers of attendees, exhibitors and show floor space, according to its owner and producer, the Consumer Electronics Association.

Initially the figures are projected at 153,000, including more than 34,000 international visitors, according to CEA, which conducts an independent audit of attendance at the International CES.

CEA estimated that more than 20,000 new products were launched at the 2012 CES, which also featured top executives participating in keynote sessions, including those from Mercedes, Wal-Mart, Intel, Ford, Verizon, Ford, eBay, GE, Google and Facebook.