Technologist Tuesday-The Revolution Will be Televised

Where to begin?  I guess we should start with Moore’s Law.  In 1965, Gordon E. Moore said that every couple of years, the number of transistors on integrated circuits doubles. Simply put: processing power doubles every two years. He thought the trend would last for about ten years but it’s been spot on for a half century at about 18 months. We’ve reached the point in his theory where technological advances in processing power are starting to shock us all.

Coming soon: Nokia’s Lumia 1020 Windows phone featuring the Snapdragon S4 Plus Processor. It has a 41 Megapixel digital camera.  It will be sold in the US in a couple of weeks.  41 Megapixels.  Did your head explode? When my coworkers and I found out about this Nokia phone we all had our simultaneous excited nerd moment. We began firing off questions: “How?” “Why don’t cameras with real lenses (DSLR) have this potential?” “Will the files be gargantuan and fill the phone up?’ and on and on we ranted. 41 Megapixels…INSANE!!!

Getting back to Gordi’s Law: The best DSLR cameras are in the 20MP range.  They’ve been on the market for about 16 months.  Around the corner is a 40+ MP Nokia Smartphone. Man, Gordi knew his tech.  The Snapdragon 800 processors boast a max MP possibility of 55MP.  Snapdragons are processors from Qualcomm.  That’s only one of many tech companies. Everyone is going to up their games (or about to let their tech levees bust).  This cutting-edge Nokia phone is just the beginning of a new generation of phones.

To summarize this brief post:  We are on the cusp of a Technological Revolution.  Processing powers are becoming so energized that all other technology will have no choice but to support it.  Flash storage devices will have to finally drop its ridiculous pricing (which I applaud that industry for maintaining its price so high for so long.) and start to offer much larger capacities to support the revolution. Don’t be shocked to see flash storage capacities entering the Terabyte family & HDD (hard disk drives) completely replaced by SSD or other Flash technologies.  It’s an exciting time for technology. Besides cameras, computers and other small electronics, expect to see a huge impact on the Television industry. Heard about 4K TV or Ultra TV boasting 3840 x 2160 resolution 4 times that of the 1080P TV you know and love? Well, just an observation: the Nokia Windows Phone has a full resolution of 7712 x 5360.   Expect advancements in processing power to hit the TV market hard. Ultra HD will take over fast.  However, Revolution HD is probably around the corner featuring a 96,000 x 54,000 resolution.

Unfortunately, this also may be a dangerous time. Hopefully robot makers don’t go Skynet on us. I’d like to be around in 10 years taking pictures of my family using my 10,000MP Canon camera built into my contacts.

Show off with the Abt Plant Green Head in Chicago!
Save on Nikon at Abt Electronics
the technologist
0 Comments
By Pete R 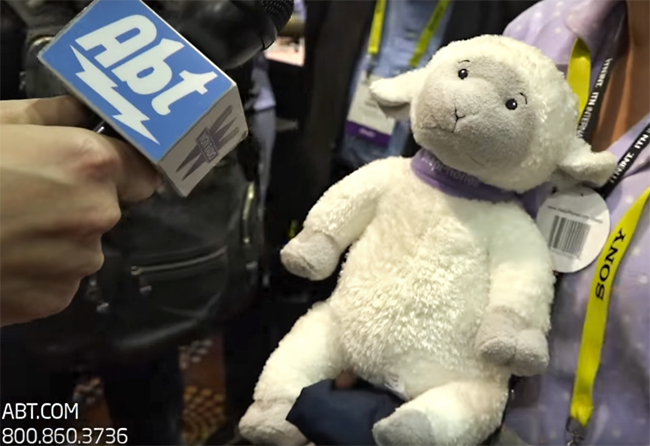