The Sony Booth at CES 2011 certainly has a whole lotta cool stuff.  First they showed off the battle damaged Green Hornet car from the upcoming movie “Green Hornet in 3D”. 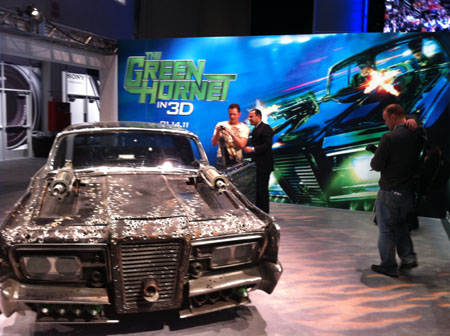 Next, Sony introduced a Sci-Fi looking headset: The Sony Future 3D Portable Device.  The viewer wears the headset and can surround themselves in an audio and visual 3D experience. Jon Abt tried it out saying, that while it was a bit heavier than he would like, the look and sound is great. 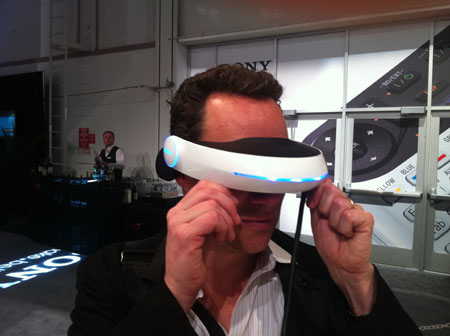 While this video does not do the display any justice, Sony is showcasing a 3D TV that does not need special 3D glasses to experience 3D visuals.  It is a prototype 3D 4K LCD that displays images with the 3D effect you could only have gotten with special glasses.  This one will be interesting to see if it hits mass the market.