CES 2013— Apologies for the early-90s rap mixed-metaphor, but it is, oddly enough, apropos to the video you’re about to watch. The Abt Crew caught a presentation by rapper/actor/shark-killer LL Cool J, who laid out the details of his Boomdizzle label. Part social network, part music-creation platform, Boomdizzle allows users from anywhere in the world to log on and collaborate on tracks in real-time. In the demonstration, LL shows the crowd an example where one person uploads a main loop from Protools, Soundcloud or other editing software. Then, a friend lays down a drum track and LL adds vocals on top of that. Each user would see and hear the other’s addition as it happens. Additionally, the program syncs seamlessly with Skype, so creators can easily communicate as they work. 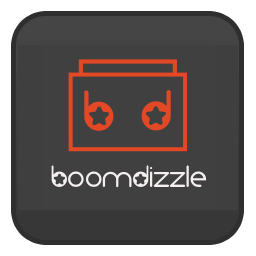 LL Cool J’s Boomdizzle platform lets users collaborate on a single track from around the world.

LL Cool J debuted Boomdizzle last year, in a partnership with Sony that saw special-edition laptops shipping with the software. The new version of Boomdizzle is optimized for Windows 8, making it usable on any device running that OS and letting users compose not just from anywhere in the larger geographical sense, but literally anywhere there’s a data signal. On a bus, at the coffee shop, in the middle of a park; anywhere inspiration strikes. Musicians no longer need to be tethered to a desktop mixer, waiting for tracks to be emailed or uploaded to P2P servers. A point of note: the Sony Tap 20 was used for the presentation which we think would make a fantastic mobile music-developing platform. LL Cool J called it “amazing,” and that’s good enough for us. The video’s a little long, but interesting.

Aspiring stars, expect the new version to be available this spring.