Sony A95K Unboxing: Diving Into What May Be Sony’s Best TV Yet 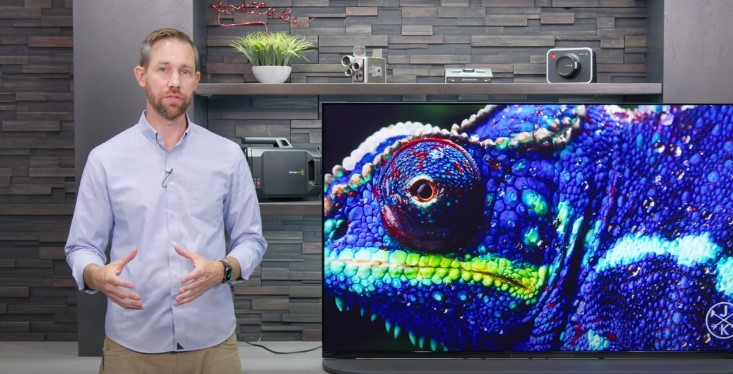 The Sony A95K QD-OLED: one of the most brilliantly designed televisions yet. Our Video Team got their hands on this Sony Master Series television for a review and was stunned. We’ve compared screens on video before, exploring features and showcasing what’s new, but the Sony A95K is groundbreaking. From the QD-OLED screen to the backlit remote and remote finder feature, this superb screen leaves other models in the dust. Watch the video below to see what Carl Prouty on our Video Team thinks.

The first thing buyers will notice when unboxing the A95K? It’s not just the TV that’s large: the stand is, too. This steady base is designed to ensure that your TV doesn’t go anywhere. It can be set up in one of two positions; facing forward or backward. That’s all to fit your home’s aesthetic best.  Above, the QD-OLED screen shows off what can only be described as the best of modern screens.

QD-OLED fuses the two most popular next-gen screen technologies, adding a layer of bright quantum dots to a display powered by OLED organic molecules. Sony fuses these two technologies to create a TV with the best of both worlds: a depth of color previously only seen in OLED models, and bright whites that can only be achieved by quantum dot technology. This combination is masterful, and truly does belong in Sony’s Master series. Every television in the series is made with hand-picked screens designed for perfection.  Other great features include a newly designed backlit remote designed with a findable function, as well as a BRAVIA camera.

If you’re not sold, keep in mind that Carl remarked that the A95K is one of the best-looking televisions he’s ever seen. That’s true praise from someone who reviews televisions for his career. If you’re thinking about investing in the Sony A95K but just aren’t sold yet, head into Abt to take a look at this masterpiece–and get ready to add this new electronic to your TV room or basement.

Abt Staff Picks: What Do Our Salespeople Love?
Enter Abt's Back to School Giveaway
abtOLED TVQLEDSonyTV
0 Comments
By Sean Ryan