See If You Can Pass The DTV Transition Test

Tomorrow is going to be a great day to find out if you’re ready for the digital television (DTV) transition, which is now just three months away from taking place. That is, it’ll be great if you live in the Chicago area, where local TV stations are planning a preview of the analog TV signal shutoff by staging a “soft shutdown” of their analog signals.

On Wednesday, most of Chicago’s over-the-air, full-power television stations, in conjunction with the Illinois Broadcasters Association, will conduct two tests in which they will replace normal programming on their analog feeds with a full-screen graphic containing information about DTV educational resources. According to Nielsen surveys, Chicago has approximately 300,000 households that receive their TV signals exclusively over the air. 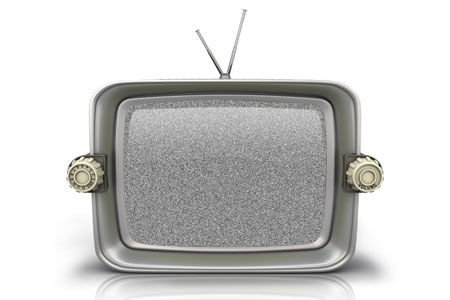 The five-minute tests will take place at 6:53 a.m. and 5:23 p.m., and will alert those who receive analog signals that their television sets are not ready for the DTV transition. A “crawling” message will appear on digital broadcasts and will state that television sets receiving this message are ready for the digital conversion, but that viewers should check all of their TV sets to make sure they are DTV-ready. To see our digital conversion boxes, which will allow your analog TV to receive digital signals over the air, click here.

For more information, see our DTV Transition Guide, and check back here on Thursday for a recap of the public’s reaction to the test.     —by Graham W.