CES 2023 is underway in Las Vegas, and Samsung has some exciting new launches coming. Samsung The Premiere 8K projector is just one of Samsung’s new products expected to arrive in 2023, and its launch has every movie buff waiting at the edge of their seats. While Samsung has still yet to release many details of Samsung The Premiere, we do know that it’ll be the first of its kind to display 8K images at a size of 150 diagonal inches. 8K ultra short throw (UST) projectors have been limited to 120 diagonal inches. That is, until now. Samsung The Premiere is an updated version of the 2020 4K The Premiere, a single box designed to sit just inches from your wall or screen. 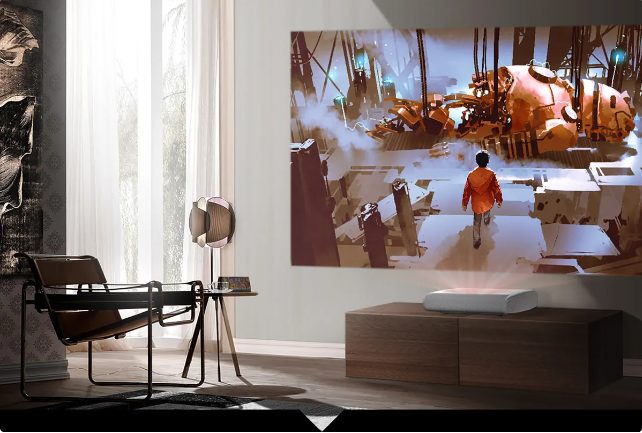 While we’re still awaiting more specifics regarding Samsung The Premiere, we know that it will display 8K images up to 150 diagonal inches. Samsung has also announced that the 8K projector will offer the same Tizen OS features as its flagship TVs, including Gaming Hub, Art Store, Health Monitor and more. It will also feature a built-in, Dolby Atmos sound system. We’re anxiously waiting to hear about details such as brightness, number of ports and Dolby Vision, as Samsung has not released those details yet. We’re excited to stay up to date and see other new tech that comes from CES 2023.