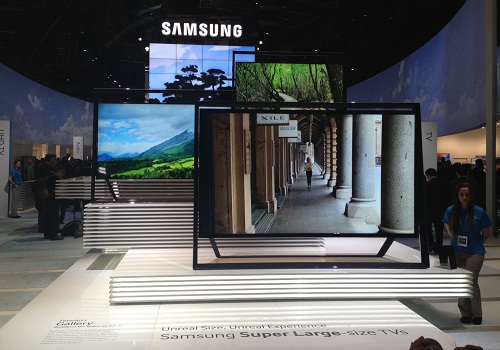 Entrance to the Samsung CES Booth

CES 2013— Samsung swung for the fences at CES this year, showcasing an assortment of very impressive HDTVs, among other things. Attendees entering the Samsung booth were first greeted by a trio of the company’s new 85-inch 4K HDTV. Besting the competition’s 4K TVs by an inch of screen real estate, the Samsung S9 is now the world’s largest 4K TV. The ultramodern “Timeless Gallery” frame of the S9 seems to reinforce its identity as a truly luxury item. Samsung has not yet announced price or release date. 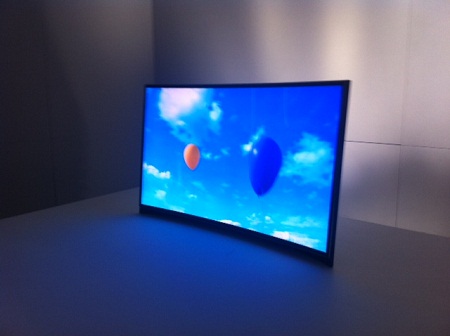 Another futuristic, if sparsely-detailed, TV we saw was the Samsung OLED TV with the “world’s first” curved screen. The large-radius curve is noticeable from the sides of the set, and less so from the front. Samsung claims the design mimics that of an IMAX Theater, enveloping a viewer’s field of view. OLED technology allows the curvature, but has a primary benefit of better color and contrast, and lower power consumption than traditional LED tech.

We’ve seen OLED TVs before, but they seemed to stay at the conceptual stage for years. It looks like that is going to change, with this being the year that Samsung OLED TVs hit the retail market. On display today was the Samsung KNF559500 , a 55-inch OLED HDTV that will also feature Samsung’s nifty Multi-View feature, allowing two people to watch two completely different feeds of Full HD content with stereo sound at the same time, on the same screen. Like the previous models, the F9500 series TV does not yet have a price or release date, though Samsung insists it will be available sometime later in 2013. 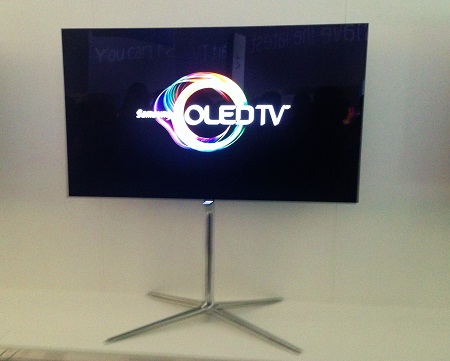 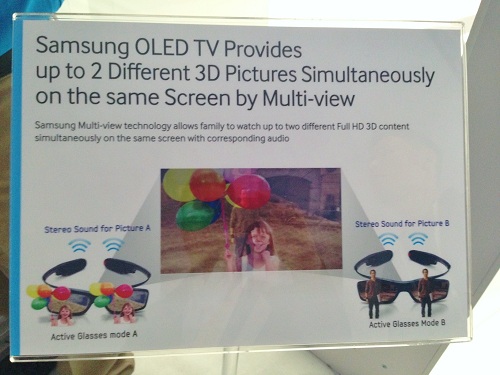 Samsung also had a slew of traditional LCD and Plasmas on display, most enhanced with Smart features or other innovative technologies. We’ll try to get some more info to you guys tomorrow, so stay tuned here at the Abt Blog!