Pre-orders are now open for the latest entry into the world of high-end phablets, the Samsung Galaxy Note 7. Building on the success of previous Galaxy Note models, the new Note 7 brings some new features to the table and sees improvements to other existing tech. Visually, the most noticeable difference is the inclusion of the curved glass panel made famous by the Samsung Galaxy S7 Edge smartphones. In fact, the new Galaxy Note 7 bears more than a passing resemblance to the Galaxy S7 Edge, with the Note looking like the Edge’s older brother.

Inside, the Galaxy Note 7  features a blazing Snapdragon 820 SoC and 4GB of RAM, so it should be quite speedy. Samsung opted to stay with the 5.7″ Super AMOLED screen, packed with a 2560 x 1440 resolution, but upgraded it with the aforementioned dual curved-edge design. Screen sensitivity was increased, allowing it to recognize 4,096 levels of pressure from the included S-Pen, which was also upgraded to be thinner, lighter and more accurate.

One of the most significant changes is the upgrade to IP68 water resistance, meaning that just like the Galaxy S7 Edge and Active smartphones, you can splash your Note 7—even submerge it in up to 1.5m of water—without worrying about damaging it. 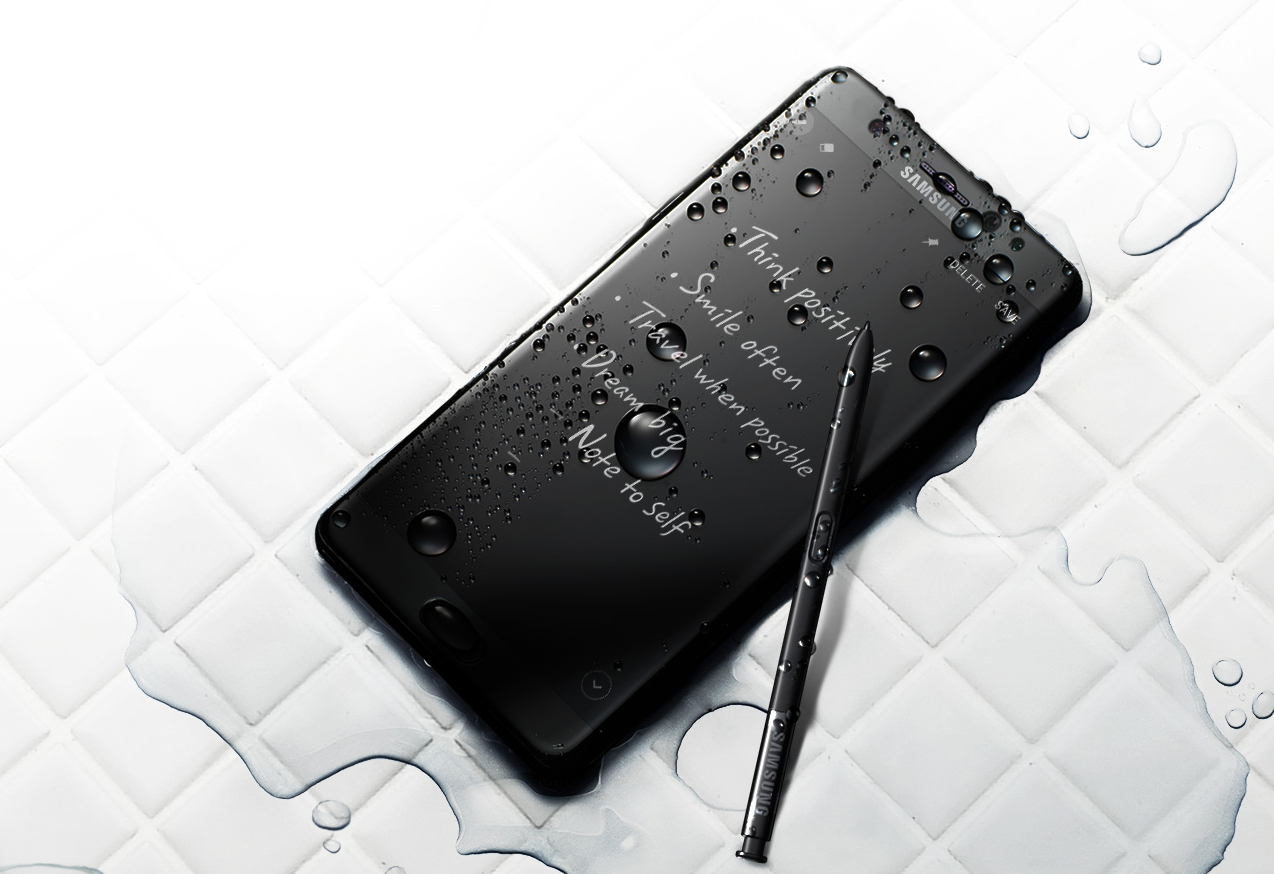 Other high-tech niceties include the return of an expandable storage slot (with support for microSD cards up to 256GB), Fast Wireless charging, built-in fingerprint and iris scanners, Pro Mode camera control, and a USB-C charging/data port (the first ever on a Samsung smartphone). In short, if you’re looking for the most cutting-edge portable device available today, and you don’t mind the larger form factor, you won’t be able to beat the Samsung Galaxy Note 7.