I was never interested in a tablet when they first arrived. It seemed like another gadget that was going to become available only to the wealthy.  Maybe something you would find at a local Sharper Image. As time went on, competition grew between manufacturers and the prices of these portable devices began to slowly decline. Different features were added and so the competition grew fiercer.  And that still continues to this day.

Taking this product out to demo it in real-life scenarios gave me a great opportunity to really get a hold of one of these items and I am pleseantly surprised with my results. Using the Samsung Galaxy Tablet was a real treat. For anyone who loves carrying an MP3 player or watching movies or doing any kind of work on their smartphones, a tablet will do exactly that—just bigger and better.

On my last day GQ, Crawford and I had all day to wait around until the bus back home arrived. Having been checked out of the hotel and no where to really go, we hunkered down in a bar on Beale St. for the last 9 hours of the day. The Samsung Galaxy not only became a source of entertainment to pass time, but became a talking piece. I had numerous people from Memphis (Mephisians?) ask me as much as they could about it. I’m not in sales, but I could tell you one thing, I certainly didn’t do any harm for Samsung Corporation on that trip.

Since the Samsung Galaxy Tablet runs the Android Honeycomb 3.1 software, I had access to the entire android marketplace.  Making sure I uploaded a few of my favorite apps, I came across ones I never used, like Netflix. Contrary to Netflix’s current business plans, the application was extremely simple and easy to use. I was able to have streaming movies from my account on a beautiful 10.1’’ screen with just a few quick taps. 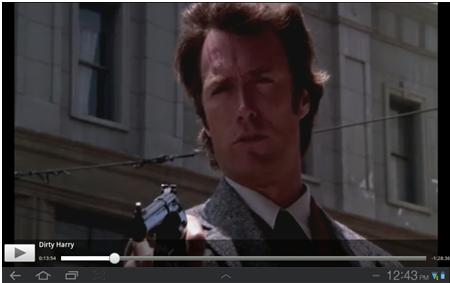 The only two real flaws I discovered over this weekend was the size of the unit and (given the model I had) lack of 3G accessibility. When it came to passing any kind of time, or jotting down notes I needed to remember for anything, the tablet was a life saver.

If you are on the fence on whether or not you should get a tablet, feel free to weigh the pros and cons. While it isn’t a necessity of life, it definitely makes it a bit easier and much more enjoyable.

Abt on the Nate Berkus Show
Samsung Galaxy in Memphis cont...
abtgalaxymemphissamsungtablet
0 Comments
By Pete R