Last fall, Nintendo set the gaming world abuzz with a cryptic announcement of their curious upcoming gaming device, the Nintendo Switch. The unique console seemed to follow in its predecessors’ footsteps, emphasizing the gaming experience and communality more than outright graphical power. Some gaming demos and the basics of gameplay were revealed, but much else was kept secret. Nintendo finally pulled the rest of the details out from under wraps, announcing a release date, final price, and the details of a Nintendo Switch subscription online-gaming service.

The Nintendo Switch will be available in two color schemes.

The Nintendo Switch will retail for $299, and be available in all-grey or a version that features neon blue and neon red controllers. The Switch Dock, controller accessories, and all cables needed to play are included in the box. Nearly 100 third-party games are in development, slated for release with the console or shortly afterwards. Legend of Zelda:Breath of the Wild, which has built up plenty of its own buzz, will be Nintendo’s marquis launch title. 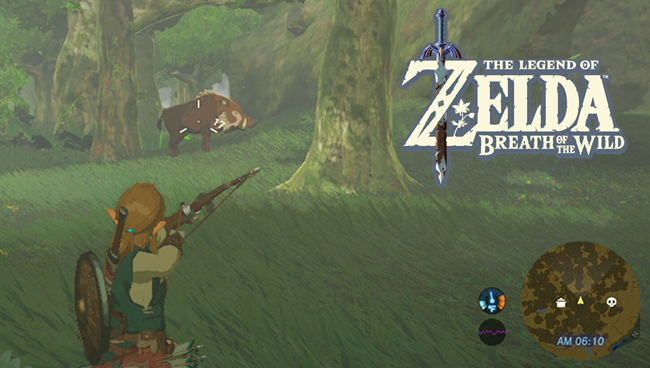 The Legend of Zelda: Breath of the Wild will be the major launch title.

Along with the hardware and software info, Nintendo also announced the Nintendo Switch Online Service, a paid subscription service that gives Switch users the option for online multi-player gaming, along with a “dedicated smartphone app that connects to your Nintendo Switch system and helps you connect with friends for online play sessions.” The service will incur a monthly fee beginning in the fall of 2017, but a free trial period starts this March. We’ll continue to release info as it comes in, but until then, keep an eye on our Nintendo Switch product page for more pre-order info!