Early this year at CES 2013, we got a look at the new Sony 4K TVs that the company had in the pipeline. Their flagship model, the XBR84X900, is a truly marvelous piece of technology that we’ve had for sale and on display in store since late last year. 4K imaging looks to be the future of not just the cinema, but also the home theater, and Sony is leading the charge. But customers clamored for something more affordable, and Sony billed these smaller sets as being attainable to the average video enthusiast. Well, Sony just announced pricing and availability for these new 4K TVs, and they seem to have delivered. 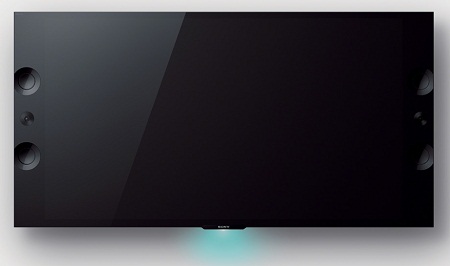 The first wave of new Sony 4K TVs will be available for pre-order starting April 21st, and includes two sets: the 55-inch XBR-55X900A, priced at $4,999; and the 65-inh XBR-65X900A, which will run $6,999. Now, some people may scoff at even these prices, but for bleeding-edge technology from one of the industry leaders, these sets are actually coming in under what we and others expected.

The new 4K TV offerings will feature all the same technology found in the 84″ XBR84X900 at significantly lower dollars-to-inches price points. Another thing to consider is that for even many dedicated videophiles—the prime demographic for the Sony 4K TV series—84 inches of TV may have been too large. A 55 or 65-inch TV is more likely to find its way into the typical movie-lover’s home than an 84-inch beast. Not everyone has 26 square feet to dedicate to a television, after all.

As it stands, the new Sony 4K TVs cost only about twice (or less) what today’s best 1080p sets run, which is not bad compared to historical prices for cutting-edge consumer electronics devices. And for that premium, buyers actually get a television with a substantial improvement. The move from 1080p to 4K content is just as amazing as the move from Standard Definition to Full HD was. With these new Sony 4K TVs, viewers can get literally the best image quality that is available not just today, but for the foreseeable future. As Sony puts 4K TVs within reach of more consumers, the adoption rate of the technology will speed up, which will push content providers to release more 4K material, speeding up the entire product cycle.

We’re excited to be part of that process, and hope to have the new Sony 4K TVs available for ordering by the end of April. Once we get them in stock, we’ll do a more thorough review of the features that these beauties offer.