We’re a couple weeks into September, which means that the nights are getting cooler, Sundays are now dedicated to football, and it’s time for a major Apple product announcement. At today’s Apple Event, the company unveiled big updates to the iPad and the Apple Watch. Here’s a recap of the new Apple products that were unveiled today.

First up are a pair of new Apple Watch models, positioned at opposite ends of the cost spectrum. The flagship smartwatch gets a technical refresh and a corresponding name upgrade; it’s now the Apple Watch Series 6. While it looks just like its predecessor, there are some significant changes under the hood.

The most notable is the addition of a new health sensor that can measure a user’s blood oxygen level. This metric is a key indicator of overall health, and adds an additional layer to the usefulness of the Apple Watch’s biofeedback. The new Apple Watch still features all of the other health functions that users have grown to love, including sleep tracking, the ECG function, and, of course, overall activity tracking.

As part of the push towards being a bigger part of Apple Watch users’ health initiatives, the brand also announced Apple Fitness+. This new service leverages the power of the Apple Watch to give users an immersive in-home workout experience. For a monthly fee, Apple Fitness+ users will get access to a constantly-updated library of fitness videos, which work in conjunction with the Apple Watch and any iOS display to keep users motivated while tracking their fitness stats. If you’ve been enticed by modern smart workout machines like the Peloton bike, but already have an old “dumb” treadmill or bike that you love, Apple Fitness+ is a great way to add the video motivation element for a more reasonable cost.

Other changes to the Apple Watch 6 include the new S6 chipset. It provides better performance and energy efficiency, promising a speedier overall experience and powering an always-on display that gets 2.5x as bright as the last model. On the cosmetic front, there are some new  case colors, an assortment of new bands, and a multitude of watch face options.

Also announced today was the Apple Watch SE, an entry-level version of the smartwatch. The low-cost (for an Apple Watch) device offers most of the features of its more sophisticated siblings, at a more reasonable price—$279 and up. The lower price means you’ll miss out on a few flagship features, like the new blood oxygen sensor and ECG function, and the Apple Watch SE also relies on the raise-to-wake screen of older models.

We also met new version of the Apple iPad and iPad Air today.

The iPad, now in its 8th generation, features a handful of basic tech tweaks that make it more capable as a do-it-all device. Now powered by the A12 Bionic chip, the new iPad will be up to 40% faster than the previous generation, with about double the graphics abilities. Inclusion of this advanced chipset means that the new iPad also features Apple Neural Engine, giving it the ability to use machine learning and powering functions like Face ID. Thow in support for the Apple Pencil and smart keyboards, and the new iPad 8 should be on par with most entry-level laptops and 2-in-1s.

The iPad Air, on the other hand, underwent a complete product revamp, emerging with upgraded internals and a full physical makeover.

Staying true to its name, the iPad Air sports a new thin and light enclosure, which will be available in one of five colors. While the case dimensions are roughly the same as its predecessor, the new iPad Air’s display stretches to 10.9 inches—a bit bigger than last generation’s screen and just a smidge smaller than the display on the iPad Pro. Apple achieved this “all-screen” design by shrinking the bezels to the minimum possible without compromising holdability, and relocating the Touch ID function to the power button. The Liquid Retina display features Apple’s True Tone and P3 wide color, which should make it suitable for color-critical professional work.

Powering this slick new iPad is a brand-new chipset built on a 5nm process, the Bionic A14. This new 6-core CPU boasts some pretty powerful numbers: 11.8 billion transistors let the iPad Air do 11 trillion operations per second, while the 16-core Neural Engine make this iPad more capable at machine learning than any before. It also packs a new 4-core GPU under the hood, promising what Apple has called “console-level graphics.” The debut of a USB-C port makes it easy to connect the Air to a camera, external storage, or countless other peripherals. Plus, it’s fully compatible with the second-gen Apple Pencil, as well as the Magic and Smart Keyboard Folios. These advancements to the new iPad Air essentially make it a more capable laptop replacement than its big sibling, the iPad Pro. All of this, starting on $599. 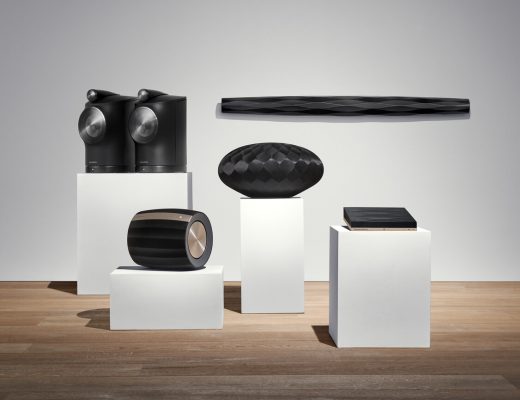 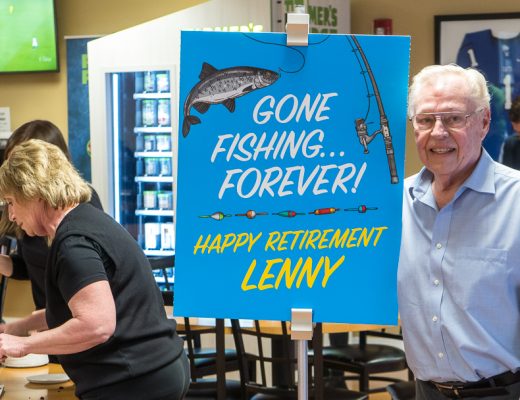 In the world of fitness, Fitbit is recognized as one of the most popular fitness tracking devices out there. This week at CES, the company...

After becoming the most innovative name in vacuums, Dyson surprised the world last year with the announcement that they had developed a hair...
Celebrating #NationalPopcornDay with one of our mo

Star Wars marathon in the Dave Abt Theater feels l

Tonight was the soft opening for our new friends @

Abt Employee Spotlight! #Our first spotlight of th

Wishing you cheer and a joyous holiday season.