Apple’s iPhone announcement earlier today may be the first in its history that offered something to please nearly everyone. With a pair of new phones, dubbed the iPhone 5C and the iPhone 5S, it looks like Apple is hoping to further broaden the reach of its immensely successful phones.

The iPhone 5C is intended to be an entry level phone, which is reflected in both its price and construction. With a service contract, the iPhone 5C will cost just $99. The first thing you’re likely to notice about the iPhone 5C is the option to choose from a variety of bright, almost pastel colors: green, blue, orange, yellow and white. A new choice for iPhone users, the color options are thanks to an all-new plastic construction. While some may see this as a cheapening of the iPhone’s traditionally substantial construction (it is surely a source of the reduced price) a plastic body comes with inherent benefits. Besides the new color options, a plastic body addresses two of the more popular dislikes about the iPhones: that the glass back panel is prone to shattering, and the glass and metal construction makes the phone heavy. A lighter phone with one less piece of glass to shatter could attract younger users. The plastic iPhone 5C packs the same internals as the current iPhone 5, so users who are finally entering the Apple ecosystem because of the lower price won’t take a performance hit compared to previous models. 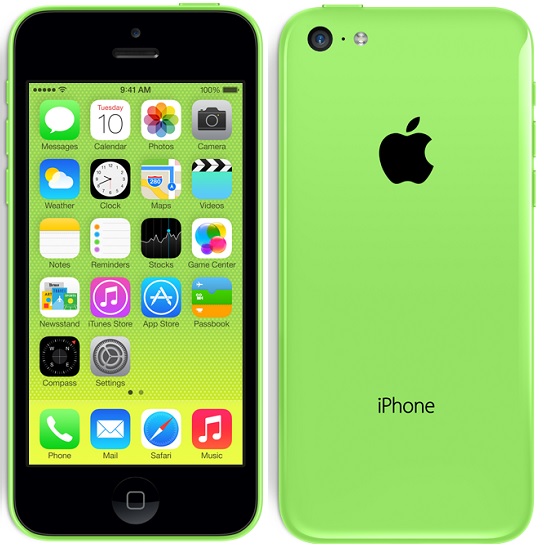 On the other end of the spectrum is the iPhone 5S, which pushes the limit not just compared to previous iPhones, but to all smartphones currently available today. Aesthetically, you’ll see a lot of elements common to its predecessor, like the same 4″ retina-screen and overall body shape and size. That’s good news, because it means your old iPhone 5 case will fit the new 5S. In addition to black, the 5S will be available in gold and “space gray” finishes.

While the 5S may look just like the phone it’s replacing, the internals have received a full reworking. The A6 processor has been upgraded to a 64-bit A7 chip, which is said to offer up to double the CPU speed and graphics performance. As a result, games will look better than ever, and regular functions like autofocusing before a photo or switching apps will all be quicker. New for the 5S is the addition of an M7 motion coprocessor, which is a chip dedicated to measuring and processing data from the phone’s accelerometer, compass and gyroscope. Potentials uses for the M7 chip include in-depth activity tracking, much like wearable activity trackers like the Nike Fuelband or Fitbit Flex. With the iPhone 5S, you get the same benefits without needing that extra piece of equipment. Data from the M7 chip will also tell your phone to go to sleep after a period of no movement. 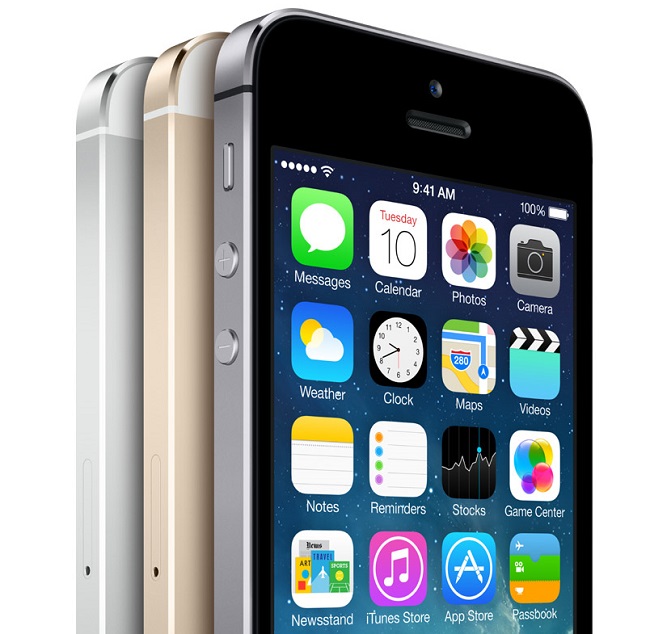 The new iPhone 5S will be available in black, gold and space gray finishes.

One of the aspects of the iPhone that’s been pretty unanimously praised since the iPhone 4 is the camera. Well, the 5S makes it even better. While it still sports an 8-megapixel backlit-sensor, that sensor itself is 15% larger, which means an increase in individual pixel size and better light-gathering ability. This new sensor sits behind a new f/2.2 lens, which lets in more light than the lens it replaces. Together, this new lens/sensor combo should equal a drastic improvement in the quality of low-light photos. And if they need some help, an all-new dual-LED True Tone flash promises to illuminate your dark portraits with natural, balanced lighting. The 5S also packs in a variety of fun new imaging features, like super slow-motion video and a multi-shot burst mode and creative filters.

Finally, one of the most exciting features of the iPhone 5S, and one that has been hinted at and rumored for the last few months, is the home button with integrated fingerprint scanner. Now, instead of entering your passcode every time you need to unlock your phone, simply press your finger to the home button for instant identity authentication. This feature extends to iTunes, iBooks and App Stores, letting you make purchases with your fingerprint instead of a password.

Both new iPhones will be available September 20th. For information on ordering, call us at 888-228-5800, press “0” for the operator and ask for the Apple Store. Also, keep your eyes peeled here and on our Youtube channel for an in-depth look at the new iPhones once we get our hands on them.