Now that the big mobile phone trade show in Barcelona has wrapped up, we thought we’d fill you in on some of the innovative new cell phone technology that was on display and should be hitting the market in the coming months. On the application front, Nokia announced its new Ovi Application Store, which is similar to what Apple and Google offer with their iPhone and Android devices. Nokia owners will soon be able to access the Ovi Store wirelessly and download a wide variety of applications to their phones.

Not to be outdone, Microsoft unveiled its updated mobile operating system, Windows Mobile 6.5, which also includes an application store. Among its other new features are a backup and restore service, an improved mobile Web browser, and a “finger friendly” user interface. Windows Mobile 6.5 will be available in the second half of 2009.

Moving on to the actual phones, Sony Ericsson showed off its Idou multimedia phone, which has a thin candy bar design and includes a 12.1-megapixel camera, a Xenon flash, and a 3.5-inch display. The Idou won’t be available until the second half of this year, and some people hope it has a different name by then. I know Idou. 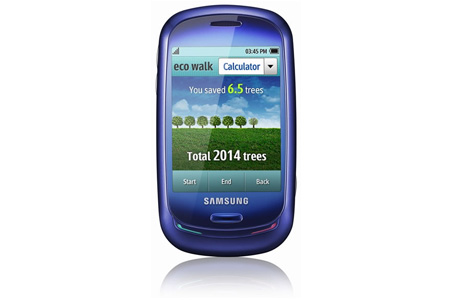 Some eco-friendly phones were also revealed, including the Samsung Blue Earth and a currently unnamed LG handset. The Blue Earth has integrated solar panels that save up to 34.6% of the battery’s energy, according to Samsung, and it’s made with recycled plastic. It also features an “Eco Walk” function that tells you how many trees you save by walking. The LG phone’s solar panels will provide enough power for a three-minute call after just 10 minutes in the sunlight. Longer periods in the sun would create enough standby power that you could make and receive several calls without needing a charging device, says LG. There were no specific release dates given for either of these phones.

Who Tops The Flat Panel TV Sales List?
Nintendo DSi Will Make Its Debut On April 5
0 Comments
By Abt