The New Apple iPhone 7 is Here!

After the typical round of rumors, leaks and prognostications, the fall Apple iPhone Event has finally arrived. Here’s our first glimpse of the new iPhone 7: 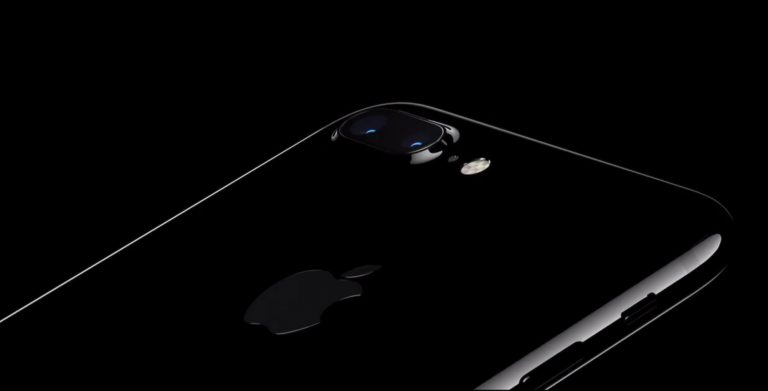 As expected, many of the rumored features are present in the new iPhone 7 and iPhone 7+.

Perhaps in response to growing popularity of more robust phones like the Samsung Galaxy S 7 and Sony Xperia Z-line, the new iPhone 7 features an upgraded level of water and dust resistance. While not as waterproof as the new Apple Watch Series 2, the iPhone 7 meets the IP67 protection standard, so it will be able to survive not just getting caught in a rainstorm, but also accidental dunks in the sink.

Most visually apparent is the new, refined construction. The striking new “Jet Black” finish gives the appearance of the the body and screen melding into a “seamless surface” that resembles an onyx monolith.  Those who prefer something a little less flash might want to check out the new “Black” colorway, which offers a tactical matte-black, bead-blasted finish with a stealth Apple logo. The iPhone of course is also available in the standby Silver, Gold, and Rose Gold finishes.

Color options for the new iPhone 7, including the new Black and Jet Black finishes.

We turn our attention to the camera hump. Apple has always prided itself on the photo quality that the iPhone has offered, so developments to the camera are always exciting. Both new models of the iPhone 7 will feature faster, higher-quality lenses with optical image-stabilization, helping the new phone perform better in low-light situations. A revamped imaging sensor and processor, capturing a wider gamut of colors and featuring DNG raw capture, promise an all-around better photographic experience and make it easier for you to get better photos than any iPhone has done before.

What about the much-rumored dual-lens system? Turns out only the iPhone 7+ sports a pair of lenses, which are connected to two separate imaging sensors. The second lens is a telephoto, and users can seamlessly switch between the normal-angle lens and the longer one, essentially giving the iPhone 7+ an optical zoom function without trying to pack a zoom lens into a slim camera body. iPhone 7+ photographers now get a 2x optical zoom, instead of having to rely on digital zooming, which degrades image quality. The twin-lens system also offers other interesting imaging features, like the ability to simulate the low depth-of-field look usually indicative of a fast-aperture lens and large-sensor camera. 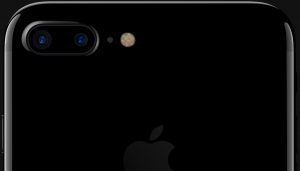 Dual-lenses on the iPhone 7+ will offer some new photographic functions.

To complement the camera’s new color-capturing capabilities, the iPhone 7’s Retina HD display is 25% brighter, now displays a wider color gamut and offers color management, so professional users can ensure consistent color across all of their digital devices.

Much to the chagrin of audiophiles around the world, the iPhone 7, as rumored, did remove the headphone jack. In its place is the single Lightning interface. All iPhone 7 and 7+ will ship with a Lightning-to-3.5mm adapter, so you can still use your favorite analog headphones. One of the biggest complaints about removing the headphone jack was the question of how users will be able to charge their iPhone 7 and listen to music at the same time.

And it looks like that question has been answered, with the debut of the Apple Airpods. These wireless earbuds are truly totally wireless, with each bud a separate unit. The pair of earbuds promises five hours of battery life, with the protective case featuring its own battery, charging the Airpods when they’re stored. The Airpods are technological marvels, featuring processing chips. microphones, optical sensors, accelerometers, and multiple speakers, in addition to the built-in battery. The Apple W1 processing chip promises ultra-high audio quality, even wirelessly. This wireless audio processing advancement will find its way into third-party products as well, including upcoming Beats Wireless Headphones. 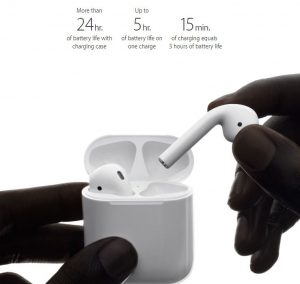 The Apple Airpods are technological marvels. Just try not to lose them.

Under the hood is the all-new, quad-core A10 Fusion processing chip, which makes the iPhone7 and iPhone 7+ the highest-performing iPhones ever. One of the most welcoming features is the promise of better battery life, thanks to a pair of low-power CPU cores devoted to conserving power when high-performance isn’t needed. On average, Apple expects you to get at least two hours more battery life on a daily basis, as compared to an iPhone 6S. But when you do need the power, the two high-performance cores ensure you’ll have more than ever before, up to twice the processing abilities of the iPhone 6. Combined with graphics speeds up to three times faster than the iPhone 6, the new model will offer GFX experiences unlike any iPhone before, giving gaming experiences on par with current-gen consoles.

Rounding out the upgrades are improved Wi-Fi and LTE antennas. Access to more LTE bands, including LTE Advanced, gives the iPhone 7 a theoretical top data throughput of 450 Mbps, which is three times faster than an iPhone 6, while voice over LTE provides lifelike voice quality. And Wi-Fi calling keeps you connected when you lose your cell signal deep inside a building.

The new Apple iPhone 7 and 7+ will be available for pre-order on September 9 at 12:01 a.m. PDT, and will begin shipping on September 16. The smaller model will be priced starting at $649, with the bigger sibling starting at $769. Storage will be doubled from previous debuts, with 32GB, 128GB and 256GB models available. Following tradition, the existing iPhone SE, 6S and 6S+ will stay in the lineup, with the 6S and 6S+ getting their storage capacities doubled to 32GB and 128GB options. Pre-order your iPhone 7 at Abt.

The New Apple Watch
Congratulations to Our Star Employees!
0 Comments
By Pete R