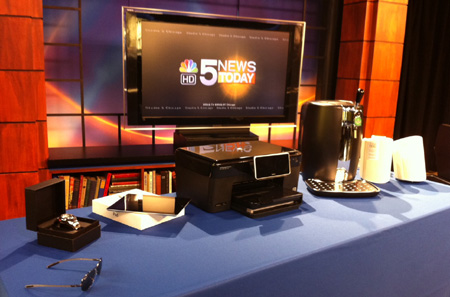 Our very own Josh Davis visited Chicagoland’s NBC station during their Weekend Web segment. Josh goes over some great ideas for Father’s Day gifts.  Some item’s shown were the Movado Two Tone Chronograph Men’s Watch, and the Ray-Ban Aviator Sunglasses for the stylish dads out there.

Abt has worked numerous times with Chicagoland stations keeping customers informed of the hottest trends and best deals.  Watch for us on WGN in the next week for a special live segment!