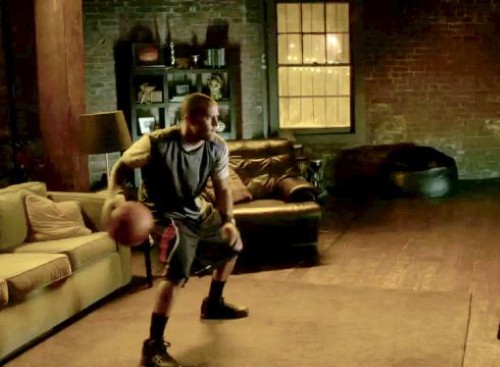 This weekend marks the start of the 2012 NBA playoffs with our very own Chicago Bulls preparing to make their run at a long-awaited championship. While we all might not able to rise above and beyond the rim like our hometown hero Derrick Rose, we can soon hone our ball handling skills to the beat of some popular tunes. In a series of posts by Joystiq, they reveal gaming developer Majesco’s latest title for the Xbox Kinect: NBA Baller Beats.

Described by US Today as “more of a rhythmic/music game than a dribbling coach,” NBA Baller Beats will have all ages of hoops fans destroying the integrity of their floors by dribbling in rhythm to their favorite tracks by artists such as Common, Tiesto, Kanye West, and more. The game even comes with its own basketball that functions as the controller.  Players will learn to dribble with both hands, basic movies like a crossover or between the legs, and it will teach them to dribble with their heads up. As your skills progress, you can unlock higher levels, trading cards, additional music, and videos of NBA all-stars highlight moves.

All we have so far is a teaser (below) but we expect more come E3. Clearly, no one ever told Majesco not to bounce a ball in house