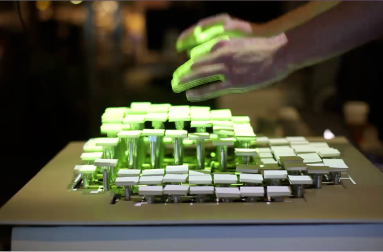 Imagine using the same touch gestures that you use on your tablet and phone for manipulating actual objects and surfaces. Matthew Blackshaw, Anthony DeVincenzi, Dávid Lakatos, Daniel Leithinger, and Hiroshi Ishii over at MIT have developed a 3D touch display that manipulates an actual surface.

Basically, this totally awesome new technology combines direct manipulation of a surface with gestural input from a human body for unprecedented control over an actuated (real life) surface. The video below shows the system manipulating a series of pins. The gestures recognized are selection, actuation and translation, rotation, scale. 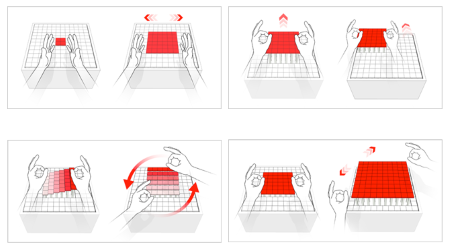 The real questions is:  How/will this technology make an appearance in our everyday lives? I, for one, definitely hope so, but for the life of me can’t seem to imagine any real world application. Maybe you can. Let me know in the comments how much smarter you are than myself.