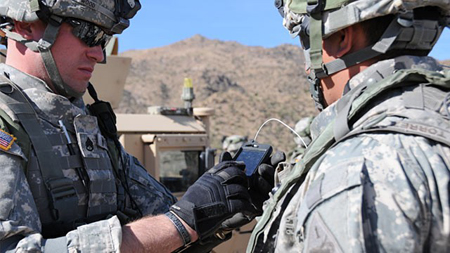 What do you use your smartphone for? Checking your e-mail, ordering movie tickets, updating your Facebook?  Well, the brave men and women in our armed forces use their smartphones just as much, but for different reasons. They are loaded with contacts, location information and all kinds of military-grade applications, so it can be disastrous for a soldier to lose a mobile device or have its data leak out unwittingly.  What if one was lost or stolen?

The Defense Advanced Research Projects Agency, or Darpa, has now hired Invincea, a company based in Fairfax, Va., to strengthen Android-based phones and tablets so they are safe in soldiers’ hands. The $21 million grant to the company is a window into how pervasive networked technologies have become in the military – and the market that has opened up to secure them.  Hopefully Invincea could figure out how to keep sensitive information secure and for the United States Military’s eyes only.