Microsoft’s OmniTouch: The Future Arrives in the Palm of Your Hand

I got a text from my friend Crawford the other day and he said, “Check out the OmniTouch. The future is here.”  I did and was thoroughly impressed.  If you haven’t’ seen it, Microsoft and XBOX’s partner, Kinect, had researchers combine a Kinect sensor with a projector to expand the possibilities for interactive screens. 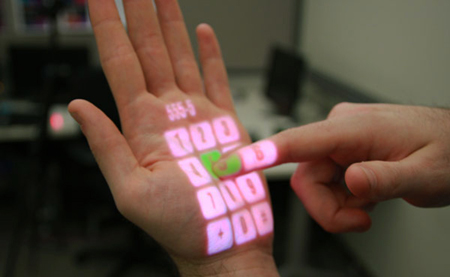 A new prototype can transform a notebook into a notebook computer, a wall into an interactive display, and the palm of your hand into a smart phone display. Researchers at Microsoft and Carnegie Mellon University say their new shoulder-mounted device, called OmniTouch, can turn any nearby surface into an interactive touch screen.

OmniTouch works by bringing together a miniature projector and an infrared depth camera, similar to the kind used in Microsoft’s Kinect game console, to create a shoulder-worn system designed to interface with mobile devices such as smart phones, says co-inventor Chris Harrison, a postgraduate researcher at Carnegie Mellon’s Human-Computer Interaction Institute in Pittsburgh and a former intern at Microsoft Research. Instead of relying on screens, buttons, or keys, the system monitors the user’s environment for any available surfaces and projects an interactive display onto one or more of them.

Very cool, but not entirely futuristic.  I’ll be really impressed when scientists can finally clone dinosaurs.  Then, the future will be NOW. 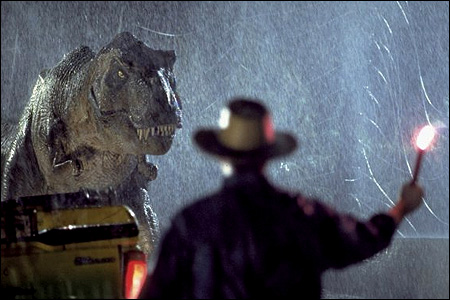