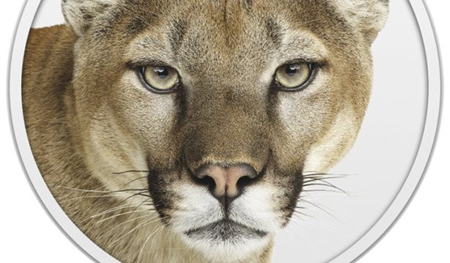 We just saw info on the new Mac OS and are blown away.  The fact that it’s “inspired by iPad” and has so much iOS look to it seriously has me wondering if we are going to see a touch screen Mac this year. Other than that thought,  here’s my round up for the top 3 reasons why I MUST have Mountain Lion:

#1 Airplay Mirroring:  Mirror your Mac on your HDTV via your Apple TV

We have been waiting for this feature to hit Macs for a long time.  At Abt we sell adapters to physically plug your Mac into your HDTV with HDMI or VGA.  However, besides adapters  and a video cables  you might even need audio cables.  “Can I do this wirelessly?” is a question that unfortunately we’ve been saying no to for TOO long.  There was a couple USB wireless adapters that tried to do this but were riddled with problems.  To do this wirelessly is going to be great.  I am most excited about the ability to take my project from iMovie and Airplay it straight to my Plasma!  iMovie is my hobby and I am making fun videos weekly, exporting to iTunes and accessing through  my Apple TV.  The experience has been fantastic.  The quality is amazing.  But the Share to iTunes feature takes a great deal of time to convert.  I don’t deliver many keynotes but the ability to deliver a keynote via Airplay will become so critical for business.  To be able to walk into a conference room and have the ability to simply click a button and wirelessly send your keynote to the projector will allow for all to wirelessly deliver presentations.

The one thing here that concerns me is how good is your network.  Airplay struggles when your network isn’t great.  So, I’d urge you to upgrade to an 802.11n router.  If you have 802.11g devices connecting, then try and get something with simultaneous dual band to reduce those 802.11g devices negative impact.

Finally!  Notes is ripped out of Mac Mail where it’s been hiding and has become an independent app.  I’ve been using the notes feature inside Mac Mail for a while.  It’s been flawless with its ability to sync across my Apple Devices.  I’ll start using it less though, since Reminders is now an App on Mountain Lion!  I used to make grocery lists on my Mac Mail notes and then leave the house knowing that iCloud updated the notes on my iPhone.   I always preferred the Reminders cool checkmarks but they weren’t a part of my Mac syncing.  Lastly for me is the docs.  Syncing Numbers spreadsheets from my iPad to my iPhone via iCloud has been so efficient.    Now, Documents you are working on your Mac will instantly update to your iOS Pages, Numbers & Keynote Apps and vice versa.  These new apps on our Macs truly gives us that iPad Feel.  Maybe why Apple says “inspired by iPad” ?

So you’re working on your Mac and someone texts you.  Only this time you keep working on your Mac instead of picking up your phone.  The text is on your Mac Computer screen!  We love all of these devices but sometimes it is a bit much.  When I’m in front of my Mac my phone hangs out with me in case someone messages me.  Now that it’s all integrated I’ll really enjoy the simplicity.  I can also see the value of this feature in conjunction with people that own iPod Touch and iPad iOS devices.  Its nice to have all of this open communication independent of an carrier.

Summary:  Mountain Lion is going to be a Mac OS that marries the world of iOS and MacOS.  It’s children will be the waves of new Macs, iPods, iPads and iPhones we see hit the market in 2012.