LG Signature Series OLED TV and The Man From Tomorrow

If you happened to watch that very popular professional football game last night (or at least the commercials), you probably saw the mysterious LG spot featuring movie star Liam Neeson as “The Man From The Future.” Part of a new campaign that LG has been leading up to for weeks, the cryptic commercial featured scenes straight out of an action-packed sci-fi movie, and no doubt left viewers asking some questions.  For those who hit the web in search of more answers, all was revealed with the official public debut of the new LG Signature OLED TV.

The LG Signature OLED TV is a technological marvel, featuring a picture unlike anything we’ve seen before and wrapped in a design that stuns even when the screen is off.  OLED technology lets LG create a display in which brightness and color are all controlled at the pixel level, giving the LG G6 Signature series TVs a healthy advantage over any other TV technology available today. One of the main benefits of LG OLED TVs is their infinite contrast ratio. Because each pixel’s luminance can be turned completely off, this display creates the truest blacks ever seen on a home TV set—besting even the most legendary plasma TVs of days past. The 4K HDR TV displays Cinematic Color with a range of hues that’s on par with the high-end projection system you’d find in professional digital cinema. 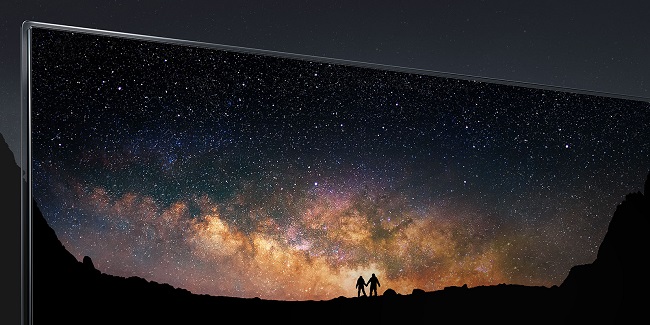 And let’s not gloss over the physical design of the LG Signature series. At its thinnest point, the LG G6 measures just 8.4mm deep—that’s thin enough to disappear behind a ball-point pen. Mentioned in the Big Game commercial was LG’s “Picture-on-Glass” technology, which literally applies the micro-thin OLED panel to a glass frame, subverting the traditional idea of a bezel and lending the LG Signature Series a futuristic look to match its advanced picture quality. The sleek rose-gold-tinted base is fitted with the TV’s speakers, and is constructed with a clever hinge that allows for easy wall-mounting. 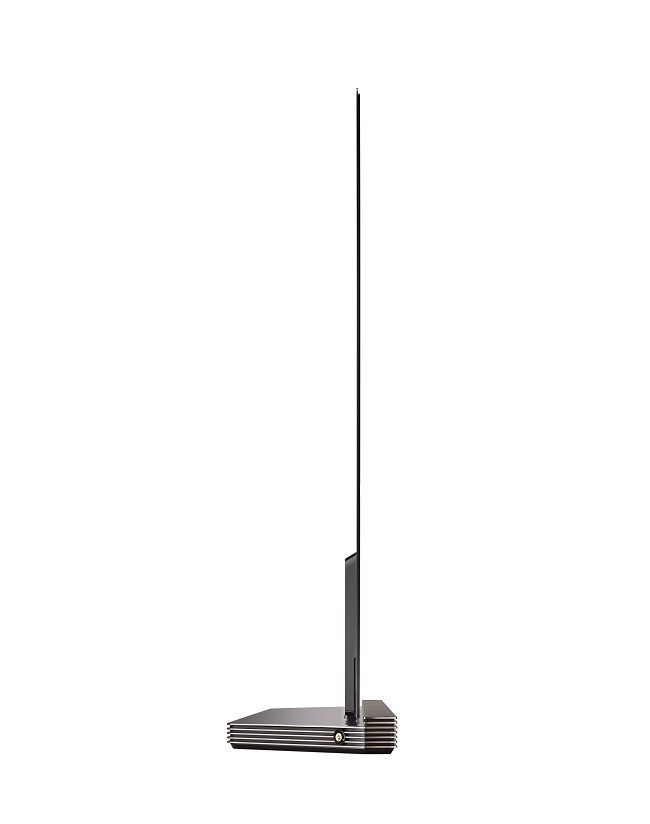 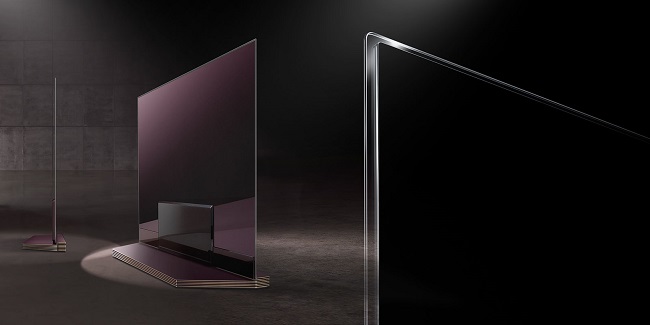 The release of the LG Signature series is one of the most significant events in recent memory for the company, as well as for the industry in general. As clichéd as it sounds, no amount of words can do the LG G6 justice. The 4K OLED HDR TVs (that’s a lot of acronyms) produce a picture that truly has to be seen to be appreciated. If you’d like to get some eye-time with this beauty, hopefully you live nearby. Abt is one of the few retailers who will be displaying the first of the LG Signature TVs and is the exclusive location for anyone in the Midwest to experience this display revolution. Plan a visit and prepare to be wowed.