One of the most prestigious names in kitchen appliances is a brand that most American customers are probably unfamiliar with: La Cornue. Founded in Paris, France, in 1908 by an enterprising epicurean named Albert Dupuy, La Cornue ranges were among the first to take advantage of the relatively recent phenomenon of plumbed gas. Dupuy created what would become La Cornue’s first cooking range, with a signature vaulted-ceiling oven that created a natural airflow for a more even, thorough baking action. This preserved a foods’ natural moisture, and eliminated the need for the cook to constantly rotate or flip foods while cooking. La Cornue ranges were built to exacting standards, out of premium materials, to provide a lifetime of unflagging service in the kitchen.

Over 100 years later, La Cornue is still building ranges with the same level of dedication as Dupuy’s first model. Their shop, just outside of Paris, employs only 60 people and is responsible for the meticulous creation of small numbers of luxurious ranges. Many are still completely hand-assembled, with each range’s construction being completed, from start to finish, by a single craftsman. 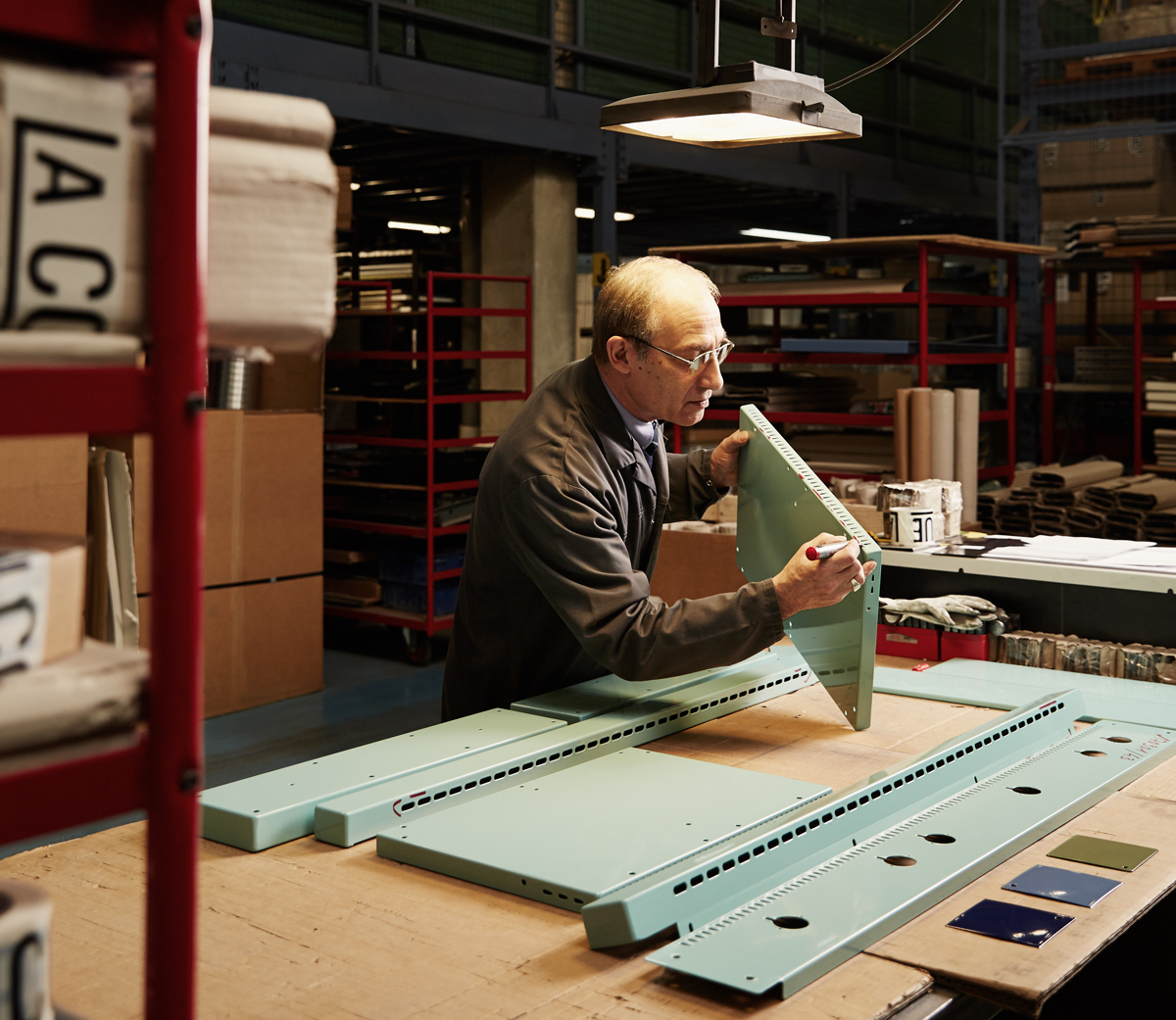 A craftsman at the La Cornue workshop hand-builds a range.

While La Cornue ranges are revered for their heirloom construction methods and unique old-world aesthetic, beneath the vintage facade lies cooking technology that rivals any other high-tech cooking brands. Features like induction cooktops, sealed precision burners, and the iconic French top give chefs the ultimate combination of cooking versatility and reliability.  As such, La Cornue ranges are not just showpieces for elegant designer kitchens, but have found their way into the kitchens of professional chefs across the globe.

The crowning jewel in La Cornue’s offerings is the Château series. These flagship ranges are completely made to order, with over 8,000 possible combinations of features and finishes. The meticulous construction method ensures that a customer gets the options that best suit their cooking style, with no superfluous features. And of course, at the heart of every Château range is the patented vaulted oven that put La Cornue on the map over a century ago. 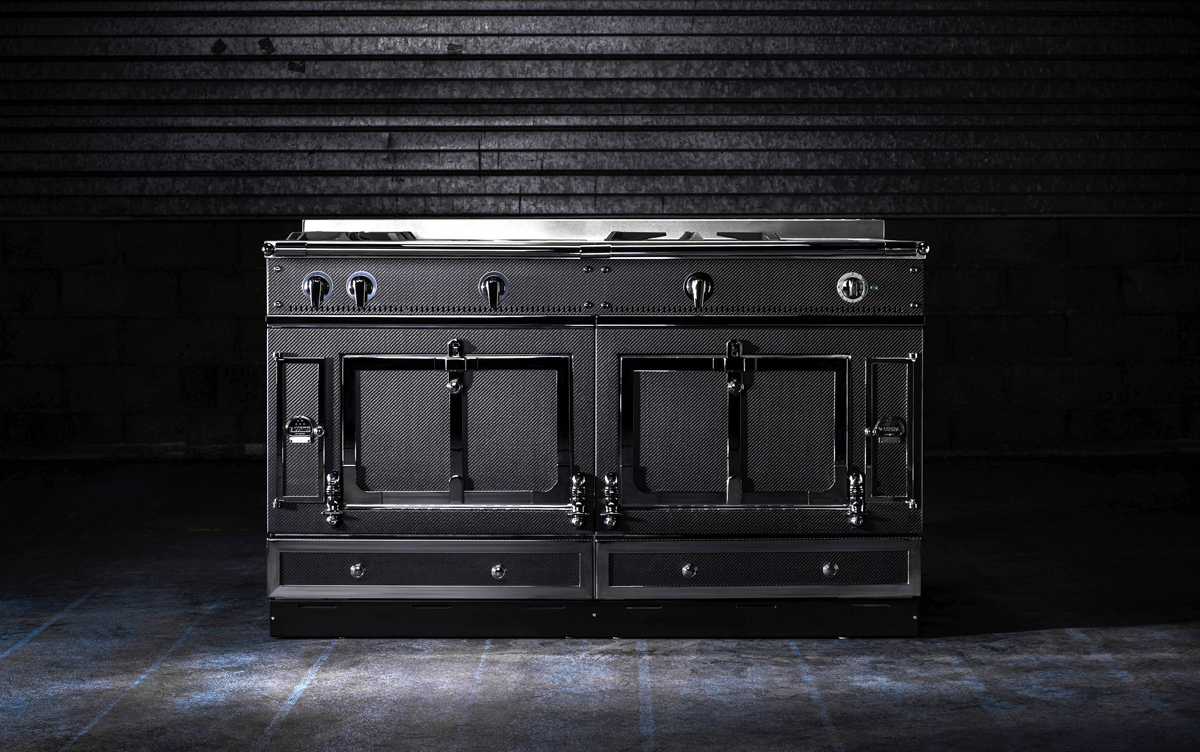 In 2014, La Cornue planned a one-of-a-kind creation to celebrate the 50th Anniversary of the iconic Château 150 range.  Dubbed the Château 150 Carbon Edition, it would seamlessly meld the future and the past into a single, stunning kitchen appliance. The Carbon Edition is every bit as La Cornue as their traditional stainless steel Château, but hewn from high-tech carbon fiber. Renowned for its legendary strength-to-weight ratio, resistance to extreme temperatures and low thermal expansion, carbon-fiber is the material of choice for the aerospace industry, ultralight racing bicycles, Formula 1 cars, and myriad other high-tech applications. 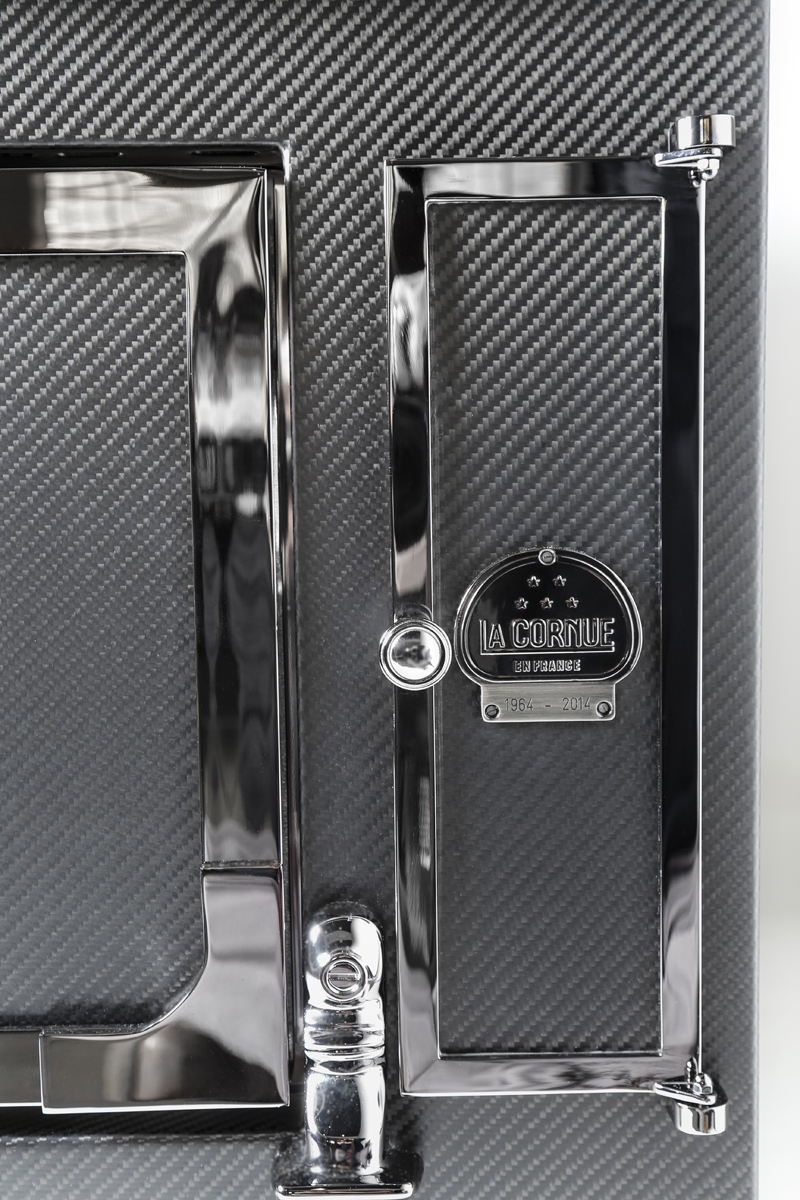 Detail of the carbon-fiber weave.

La Cornue subverted traditional thinking about both carbon-fiber and appliance construction, and crafted an entire Château 150 range from the miracle material. It  debuted at the 2014 Milan EuroCucina Exhibition, with the groundbreaking design attracting much fanfare. In fact, it proved to be so popular that, although it was only ever intended to be a one-off design, the La Cornue Château 150 Carbon is now available to order. However, at this time, only one Carbon Edition exists, and it is currently on display in the Abt Atrium. We welcome you to visit it during business hours, or come see our complete offering of La Cornue kitchen ranges.