iTunes Receives A Much Needed Tune-Up

The other big news coming out of Macworld today (see related postings below) involved iTunes, which is offering a new pricing structure along with a DRM-free format and higher-quality 256 kbps AAC encoding. Universal Music Group, Sony BMG, Warner Music Group, EMI, and thousands of independent labels are now offering their music in iTunes Plus, Apple’s DRM-free format. Also, starting in April, songs on iTunes will be available for 69 cents, 99 cents, or $1.29, based on what the music labels charge Apple. Most albums will still be priced at $9.99. 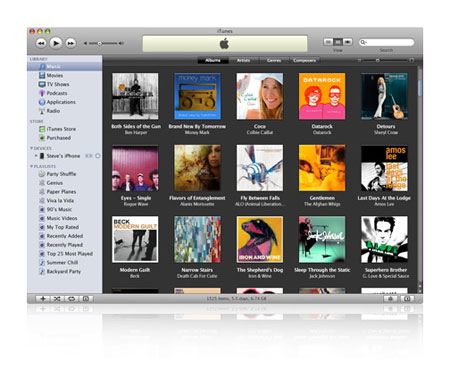 In addition, the iTunes Store’s music catalog will be available, starting today, to iPhone 3G users over their 3G network, so they can preview and purchase songs just as they do with Wi-Fi. Any songs purchased this way will automatically sync to users’ computers the next time they sync their iPhones.

Eight million of the 10 million songs in the iTunes Store will be available in Apple’s DRM-free format starting today, with the remaining two million songs available in this format by the end of March. Apple also is offering iTunes customers a simple, one-click option to easily upgrade their previously purchased songs to the higher quality DRM-free iTunes Plus format for just 30 cents per song or 30 percent of the album price. Click here to see all the Apple products available at Abt.  —by Graham W.