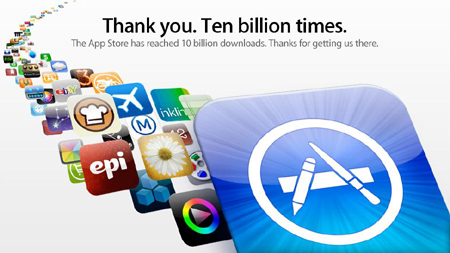 Apple hit a HUGE milestone the other day: 10 billion iTunes downloads. That’s a billion.  An incredible feat considering the company is only 10 years old.  Originally launched on January 9th 2001, reaching that milestone would mean about a billion songs were downloaded every year.

The 10 billionth download from iTunes was the song, “Guess Things Happen That Way” by Johnny Cash. Not a bad song to reach that goal with. You can be sure iTunes will continue to reach higher numbers of downloads as the year progresses.

Need A New Laptop? Abt Has The Perfect One For You!

Abt Is Here For Your Holiday Cooking Needs

Happy birthday to Kristen, a dedicated member of Abt's security team! Her Abt family surprised her with cake and balloons on her special day.

Production for the Sony Cassette Walkman units has ceased. It's the end of an era for a piece of technology that revolutionized how we listen to music.

Abt is proud to offer the new line of Panasonic Plasma HDTVs that recently received a 5-star rating from CNET. We recap their glowing review on our blog.