iSpeech’s Voice Recognition Has You Talking to Your Appliances 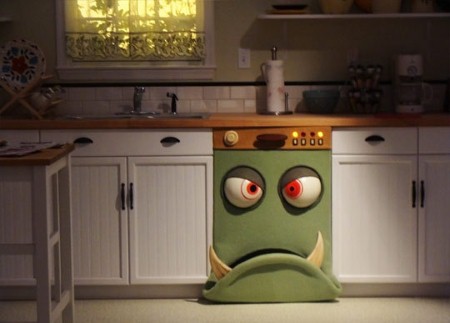 If they can talk, can they get angry?

Newark, New Jersey based iSpeech is best known for their DriveSafe.ly app, but now plans to bring its voice-recognition expertise to a brand new arena—the home. Could we soon be discussing last night’s episode of Game of Thrones with our dishwasher? Maybe not, but iSpeech’s recognition of natural talk, rather than basing their software of a preset list of commands, will make setting the DVR or preheating the fridge a bit more personal.

Today, iSpeech announced their newest product, iSpeech Home for hardware manufacturers and OEMs to integrate into their household appliances and gadgetry. iSpeech COO Yaron Oren stated, “Speech is the user interface of the future,” and also acknowledged that Siri was an influence.

If iSpeech’s vision for a voice-responsive household comes to fruition, we could eventually be issuing verbal commands like, “turn off the lights in the family room,” or “preheat the oven to bake at 450 degrees.” Instead of working with a complex system of switches, dials, and buttons we often find on household appliances, users will only have to speak their commands and wait for the system to handle the rest.

Obviously, a voice-controlled home isn’t exactly a new concept. There are a few companies, and probably some hardcore hobbyists, who have developed their own system over the years, but as stated above, iSpeech’s software works off more natural commands, as opposed to the pre-set lists we’re accustomed to.

To us at Abt, this sounds like some potentially awesome stuff. However, just as with all new technology, it’s all up to the adoption. If manufacturers pick it up and run with it (iSpeech claims to have met with “a dozen” unnamed companies, all of which are in “various stages of evaluation”) we could really see voice commands for appliances taking off in popularity like they have other markets – televisions, for example.

Anyway you spin in it, being able to control your house with your voice is something we can all get behind, but some lingering questions need to be answered. Will it only recognize certain voices? Will their be a starter command to differentiate from regular everyday speech? Will it record everything I say and send it back to the Samsung or LG? As this technology is adopted (or not) we’ll see how manufacturers choose to integrate it.

Personally, if my house could have the voice of Morgan Freeman I’ll be pretty happy. Plus, if you thought Abt was fun now wait till our refrigerators on the floor start talking to the dishwashers across the isle. That’s not how it works, you say? Sure—if you say so.