iPad Mini Gets a Refresh

While the iPad Pro got all the big news at today’s Apple event, fans of smaller tablets were not left wanting. Apple announced a revamp of the iPad mini, which hasn’t seen a serious upgrade in almost two years. While still sporting the same 7.9-inch Retina display, the new iPad Mini—technically the iPad mini 4—is slightly lighter and 18% thinner than its predecessor. 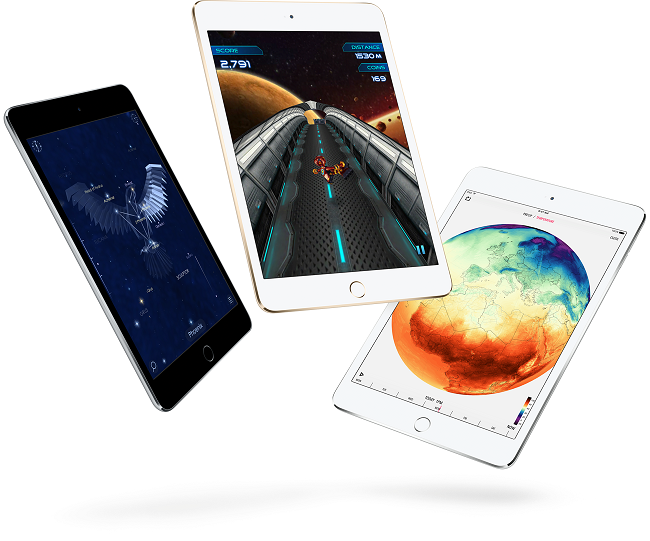 A processor boost, new camera and other refinements make a fan favorite even better.

The big news is in the iPad mini’s internal upgrades. Apple bumped the processors up to the A8/M8 chip combo found in the iPhone 6 models, which brings it almost up to par with the iPad Air 2. The 30% bump in processing power should let the new iPad mini take advantage of iOS 9’s multitasking option.  The new mini also gets a 8-megapixel camera with burst mode, a refined FaceTime camera, and the fully laminated display with antireflective screen coating that are found on both the iPad Air 2 and iPad Pro. Additionally, the iPad mini will now be available in 64GB and 128GB models.

Available now, the iPad mini 4 will be priced at $399 and up. Those hoping for a lower-cost option in the small iOS tablet department are in luck. With the iPad mini 4 as the flagship small tablet, Apple is dropping the price of the base model Apple mini 2 to $269.