Technology is changing more rapidly than ever, these days, and we know it can be hard to keep up with this shifting landscape. We do our best to lend a helping hand by building a team of knowledgeable, passionate sales and service associates. Regular training and a commitment to customer satisfaction make our employees some of the best in the industry. But even with a team of on-call experts, we know wading through a sea of specifications, menacing-sounding acronyms and countless model variations can still be intimidating. Because if you don’t know where to start looking, how do you start at all?

So in our quest to make the Abt Experience better for all of our customers, both local and nationwide, we’re happy to introduce Josh Davis, The Technologist at Abt. Some customers in our local delivery area might recognize Josh as one of our head Apple sales specialists, and general go-to gadget guy. He’s also, over the last few years, built up something of a name for himself as a trusted source of product reviews and recommendations for area media. Chicago-area folks have probably caught Josh on a local news broadcast, having seen one of his many appearances on WGN, WCIU and NBC news programs, highlighting the hottest tech products for upcoming seasons or holidays.

Now, we’re going to be giving Josh a weekly spotlight here on the Abt Blog. Technologist Tuesdays will give Josh a chance to review a new product, answer common customer questions or just wax poetic on the state of the tech industry. He’ll also gladly field any of your tech queries. You’ll still be able to find him doing informative product videos on the Abt YouTube Channel, as well, and we’re always happy to take suggestions for new video content as well. And heck, if you find yourself in our Glenview showroom, track him down and pick his brain.

Josh has been with Abt for almost nine years. He was here for the development and construction of our Apple Boutique and has called it home since then. It’s no surprise that he’s a self-described Apple Fanboy, but his love for technology extends beyond brand lines. As our “man on the street” at CES 2013, he got a first-hand look at the hottest emerging technology, including plenty of cutting-edge gadgets that have yet to hist store shelves. Current favorite new tech toy? His new Canon T3i DSLR, with which he’s mastering the ins-and-outs of photography. If money were no object, I asked him, what one gadget at Abt would he absolutely have to own?

I could see the wheels turning in his head as he thought. His first definite was the Bose VideoWave II LED TV, for its combination of world-class audio and High Definition Video in one sophisticated TV. But 55″ would be a little small for the main television, so the second item on his list was the Samsung UN85S9 UHDTV, literally the most advanced TV available today. His love of Apple products colored his third choice, a flagship model MacBook Pro Laptop.

It was then that a customer perusing the iPad Minis stopped and asked a question about a specific model. So we cut short the Dream Products list, as I watched him walk the customer back to the iPad table, explaining from memory the subtle, yet important differences between iPad models (and there are many), along with each one’s corresponding model number.

Josh truly loves what he does, from playing with today’s most advanced electronics to helping tech neophytes navigate the complicated maze of available devices. We invite you to keep your eyes on the blog, as Josh opens Technologist Tuesdays next week with his first post here. In the meantime, check out some of his videos below or leave a comment here for any questions you’d like to hear him answer. 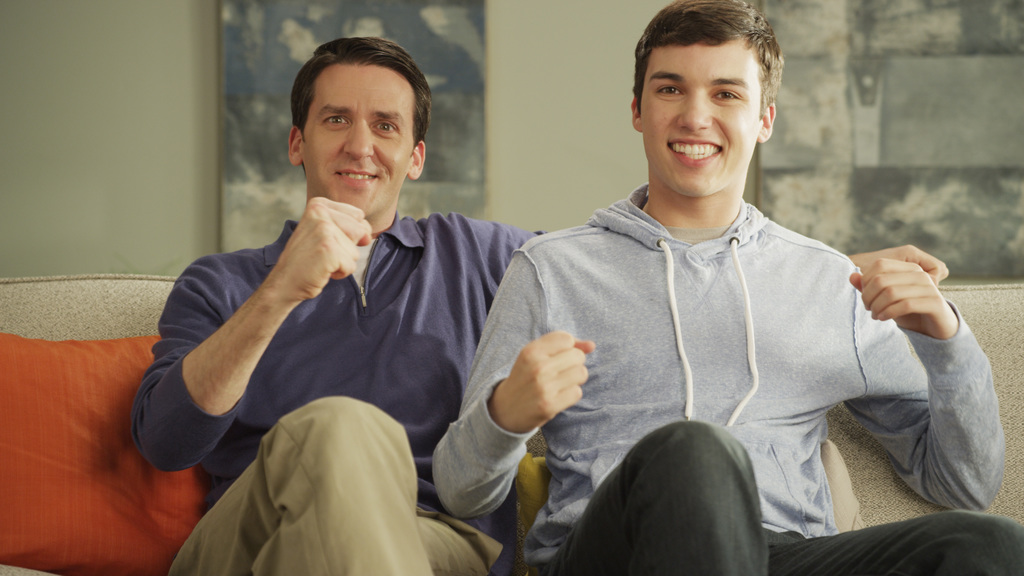