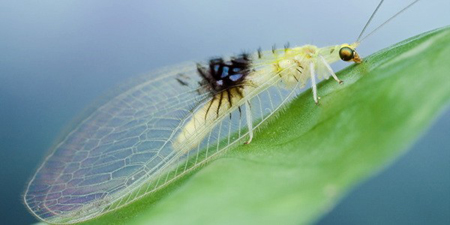 The internet is an incredibly powerful tool. Almost all of us use it every day, from checking e-mails, to doing research for school papers to just wasting time. The internet has a plethora of seemingly endless information, movies, pictures, music and information.  Since it is world wide, people have grown to better understand different cultures as well as see things they never thought possible without ever leaving their home. One internet gazer discovered something that is now in the record books.

Entomologist Shaun Winterton has discovered a new species of Malaysian Lacewing while simply browsing on his home computer. As he was flipping through photos on the website Flickr, he came across Guek “Kurt” Hock Ping’s snap of an insect taken while hiking in the Malaysian jungle. When Winterton’s colleagues couldn’t identify the markings, he realized he realized he was looking at a new species. After getting in contact with the original photographer, the species was caught and sent too Winterton for examination.  They named the new species Semachrysa jade after his daughter and co-authored the paper with Guek and Brooks on opposite ends of the world.