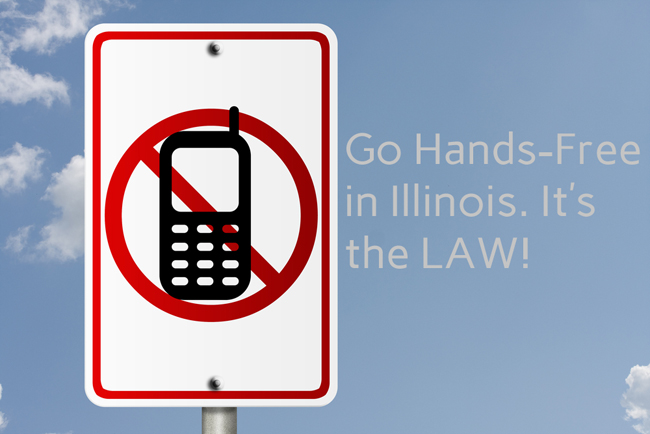 It’s now illegal to use a cellphone while driving in Illinois.

As of January 1st, our home state of Illinois joined the growing list of states that have banned holding a cell phone while driving. Various cities in the Chicagoland area, including Chicago itself, have for years had cell phone bans in place, but the  new ordinance is effective across the state. Of course, drivers can still make and take calls via a hands-free device like a Bluetooth headset or integrated hands-free car kit. But no more holding a cell phone while driving.

Just like the current seatbelt law, using a cell phone is a primary offense, meaning an officer can stop and fine a driver just for using a cellphone, i.e. it doesn’t have to be attached to a moving violation like speeding or improper lane usage. If caught using a cell phone while driving, users can be hit with a $75 fine. That fine will jump to $100, $125 and $150 for 2nd, 3rd, and 4th (and beyond) offenses, respectively. After the 4th strike, offenders face license suspension. Two notable exceptions to the law: you’ll be able to hold your phone to dial in the event of an emergency, or if you’re stuck in traffic with your car in park or neutral. 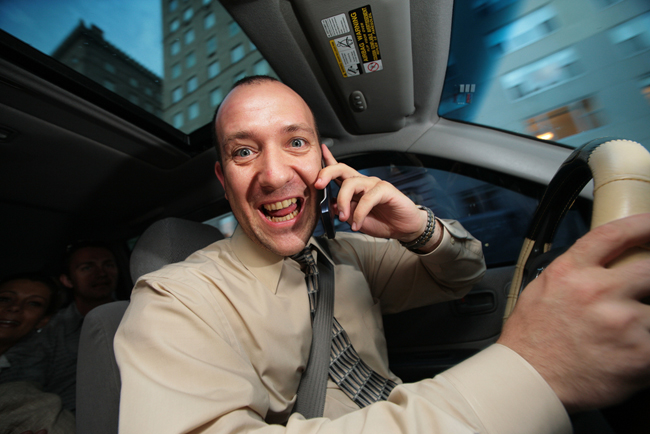 Don’t be this guy. Get a Bluetooth headset and go hands-free.

If you’re unsure what your state or local ordinances are in regards to driving and cell phone usage, check out this handy chart from the Governors Highway Safety Association: State Cellphone Laws. And check out our selection of Bluetooth Headsets and Hands-Free Car Kits.

Power Plate Gets You the Burn You Love for Your Workouts
3D Printing Goes Mainstream: CES 2014 Recap
0 Comments
By Pete R