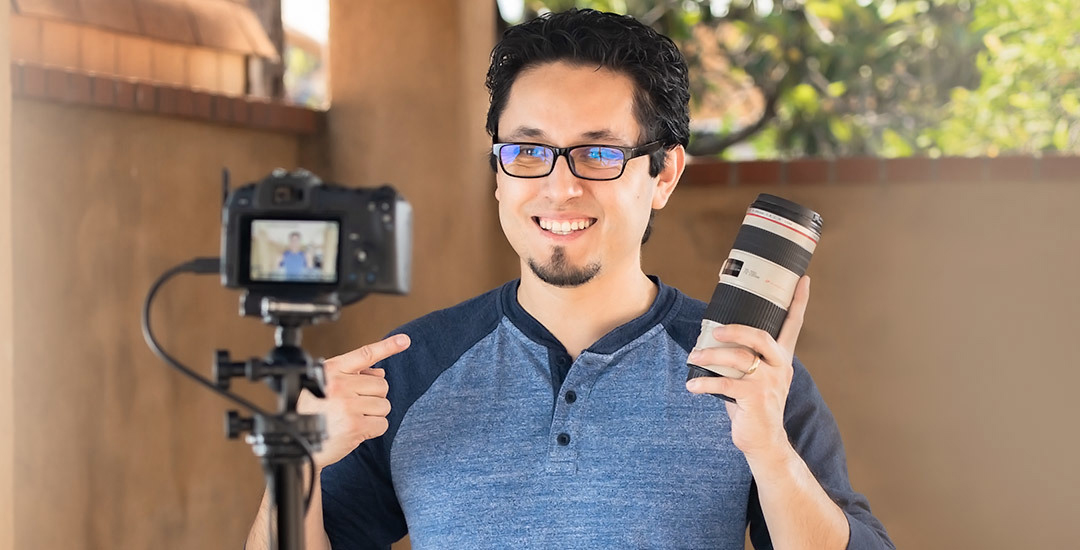 An unprecedented amount of people are working from home today. And thanks to widespread broadband and affordable video-conferencing equipment, the transition hasn’t been too jarring for most. But it’s also caused major shortages in the supply of many requisite work-from-home tools, namely laptops and standalone webcams. As countless new teleworkers have discovered over the last month, being able to visually touch base with co-workers makes communication easier and more effective. And the same applies to more than just work—video conferencing has been an integral tool for keeping in touch with family, having a virtual happy hour with your friends, and even for getting a workout in with your personal trainer. But as part of the industry continues to grapple with shortages in necessary devices, other parts have adapted. Canon is one such example.

As the best-selling camera company in the world, their products are in millions of homes across the world—the homes of many people who might be in need of a webcam. So, Canon has developed a simple piece of software that will let users transform select Canon cameras into functional webcams. All you’ll need is a compatible Canon camera, a Windows-equipped computer, and a USB cable. In just a few minutes, you’ll be able to jump on video calls using any of the popular conferencing apps. And even if you already have a laptop with an integrated webcam, you might be interested in making the shift. As shown in the video, the video quality from a Canon EOS or Powershot camera is leaps and bounds ahead of the feed from a typical webcam.

The software works with the following Canon Cameras: