The US Department of Homeland Security has released a list of keywords and phrases the agency uses to monitor online chatter for potential threats.  While “Hazardous material incident” and “Dirty bomb” will obviously put their eyes on you, works like “pork” and “Cloud” hardly seem to warrant the DOHS busting through your front door to raid your hard drives.

Disclaimer: This is for entertainment purposes ONLY

Check out the entire Analyst’s Desktop Binder for the whole rundown of the entire process but thanks to LifeHacker, the images below show the entire list of red flagged keywords. According to the Daily Mail, the Department of Homeland Security says it only uses this keyword list to look for genuine threats, not signs of general dissent. I can’t think of anyone who wants Big Brother breathing down their neck and monitoring their every keystroke – and I don’t think you should feel like you have to censor yourself but, you may want avoid stringing two or three of these keywords together when you post something online if you don’t the government spying on you.

I wonder how many people are going to abuse this list in the months to come? Several posts on the original LifeHacker article have already made some clever, and hillarious attempts at attracting some attention from The Man and a few even give ways to get around the monitoring; switch the words to Russian or code and decode them when sending and receiving.

Let me know what you think. Is this just a futile effort by the US government or do you think this list will actually lead to more threat discovery? How many flagged words can you use in one sentence? I’ll start:

There is a serious human to animal terror plot by the border patrol using electric telecommunications to black out social media during a during a man-made snow flood caused by burst tremors.

By my count that’s….12 phrases on the list. Take a look at the list below and leave your entry in the comments. The winner gets an e-high-five from my co-blogger Nick. 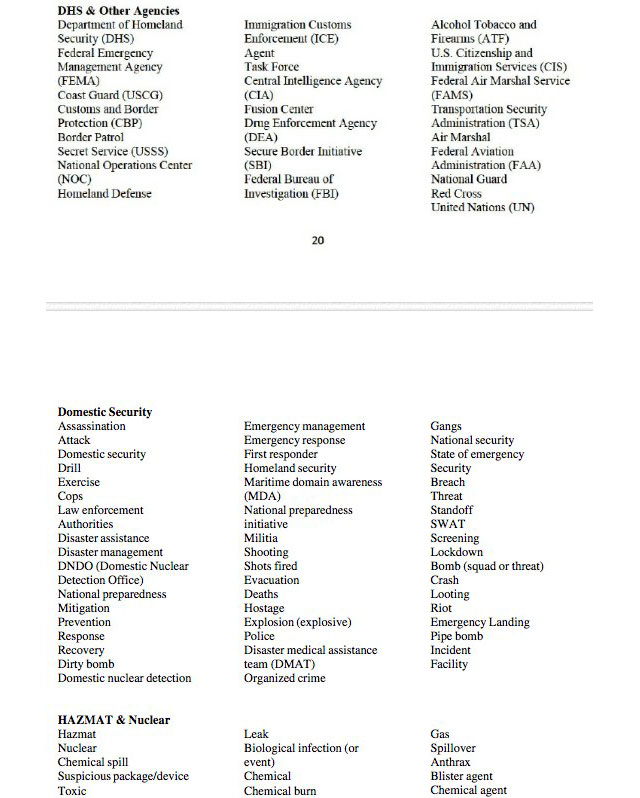 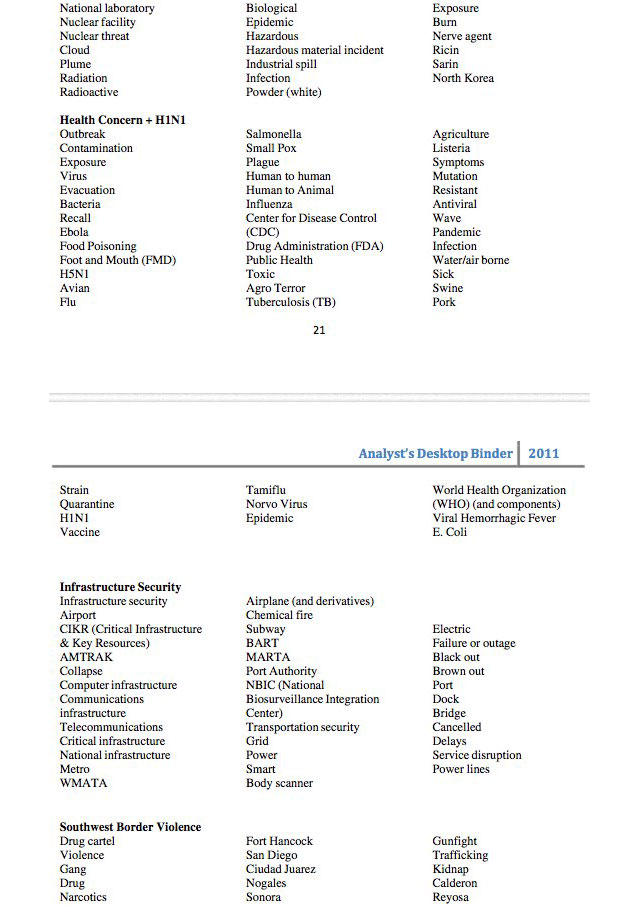 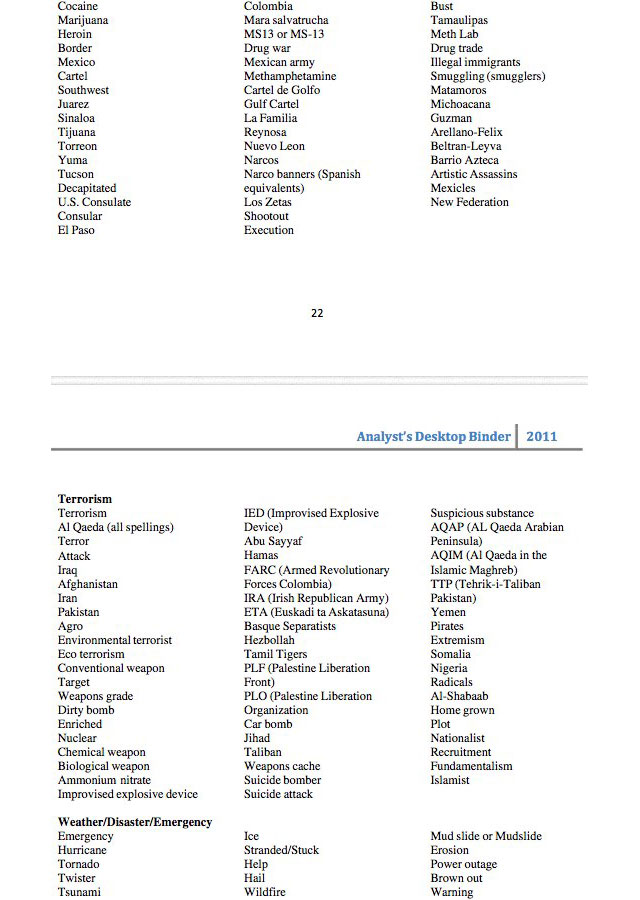 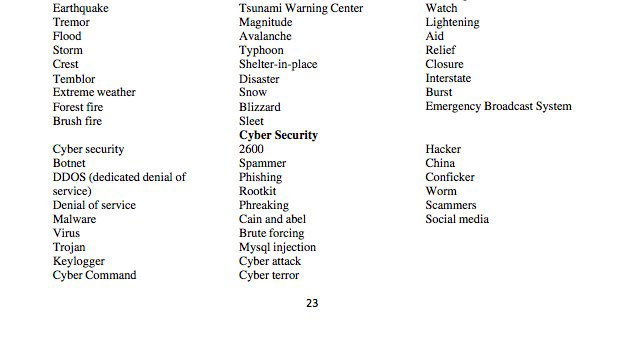 The Benefits of a Wide Angle Lens
Inventor of the remote, Eugene Polley, dies at 96
0 Comments
By Pete R