How Do You Feel About Talking To Your Wrists? 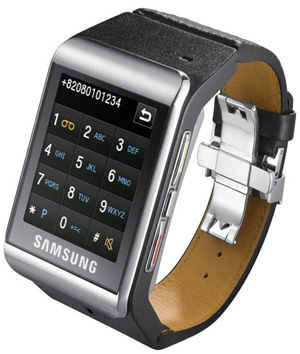 After months of speculation and waiting, two of the most popular cell phone companies have announced that they are going to ship their versions of the watchphones. Samsung and LG will begin their releases in Europe before hopefully heading stateside.  Some features include a touch screen, speakerphone, MP3 player and of course, the ability to tell time.  Not so bad for a phone that fits over your wrist.

Now the question of the day is, if Abt were to carry these watchphones, would you buy one?  I asked store manager Lance N., and he said that “it would be great if Abt carried these watches. We are always looking for the latest gadgets to carry and test.” Salesperson Frank R. said “everything is going smaller so it was only a matter of time until you were able to wear your phone on your wrist. I think it’s a cool thing. The only negative is the price point, but it will drop if the product becomes popular.” Let us know your opinions below. Would you purchase one at Abt if we carried these products?  – Jenn A.