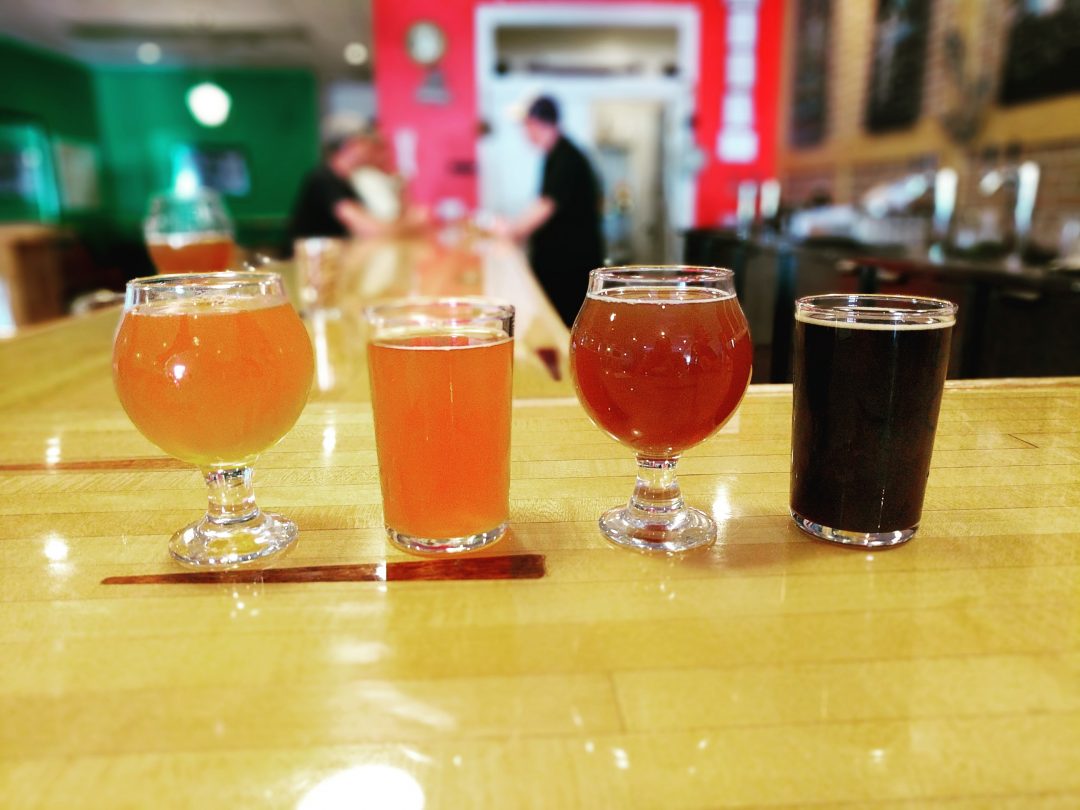 Craft beer is bigger than ever. People around the world are enjoying—or making it themselves—in record numbers. Like many interests, it also opens up a whole avenue of gift ideas. So if there’s someone on your list who’s a big fan of the brew, here are a few of our picks for great beer gift ideas. 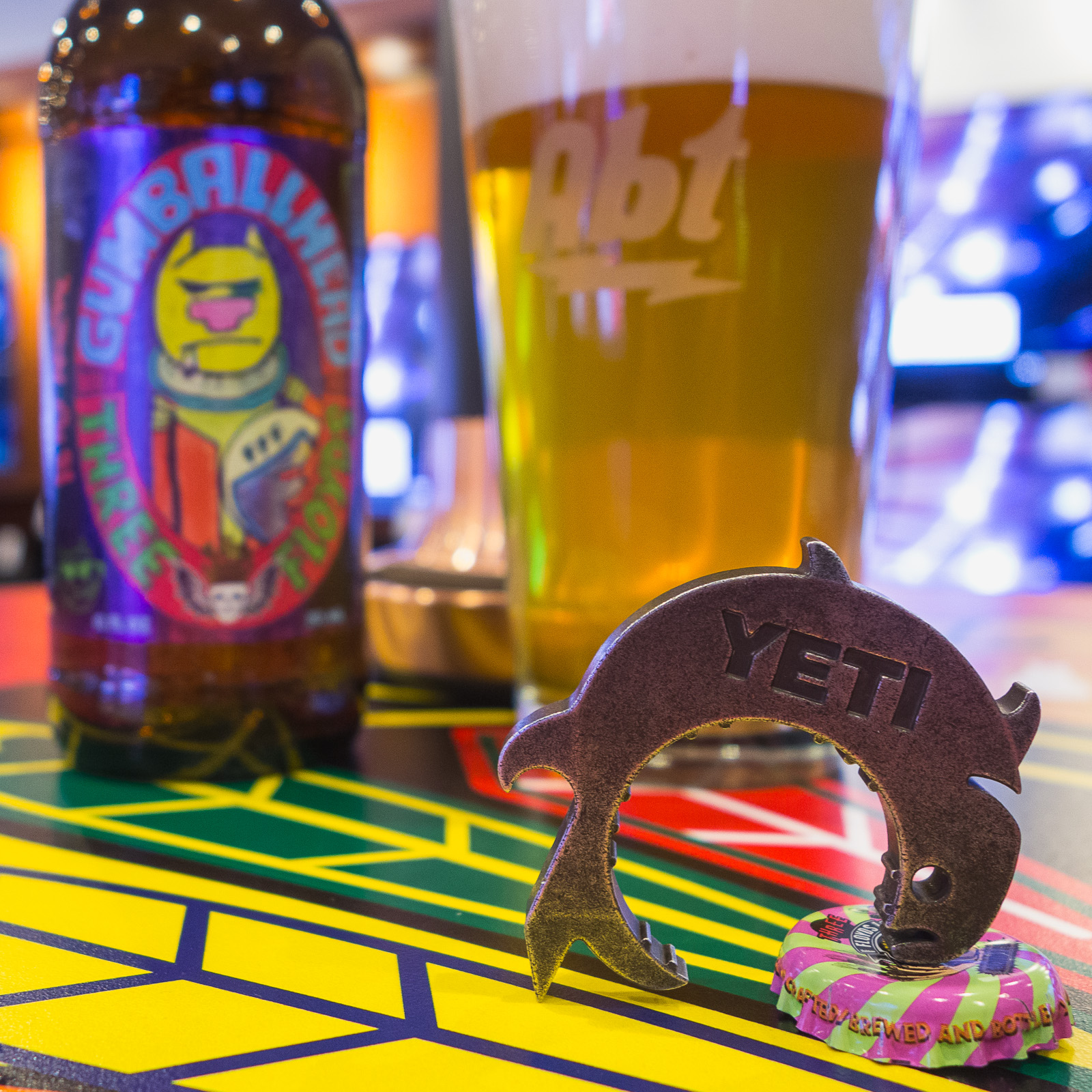 Three tools in one, the YETI Tarpon (pictured, right) can be used as a church key, a wrench for twist-off tops, and a can tab opener. It’s made of durable stainless steel and—best of all—it looks super cool. A must-have for any beer-lover’s keychain or kitchen drawer.

The Fizzics Waytap was created to solve one of the major problems that plagues bottled and canned beer: it never tastes quite as good as its counterpart poured straight from the tap. While that sometimes has to do with freshness of the beer (draft beer is usually much fresher), a big reason is the difference in carbonation levels, with draft beer having more of it, because it’s either in a pressurized keg or there is a dedicated CO2 tank used to add carbonation while the beer is being poured. The Fizzics Waytap replicates the draft experience with a simple countertop appliance. It’s powered by 4 AA batteries, and simple to use. Just put a bottle or can of your favorite brew inside, and pull the handle. Your beer will be dispensed with the sudsy foam you’d expect from a draft beer. 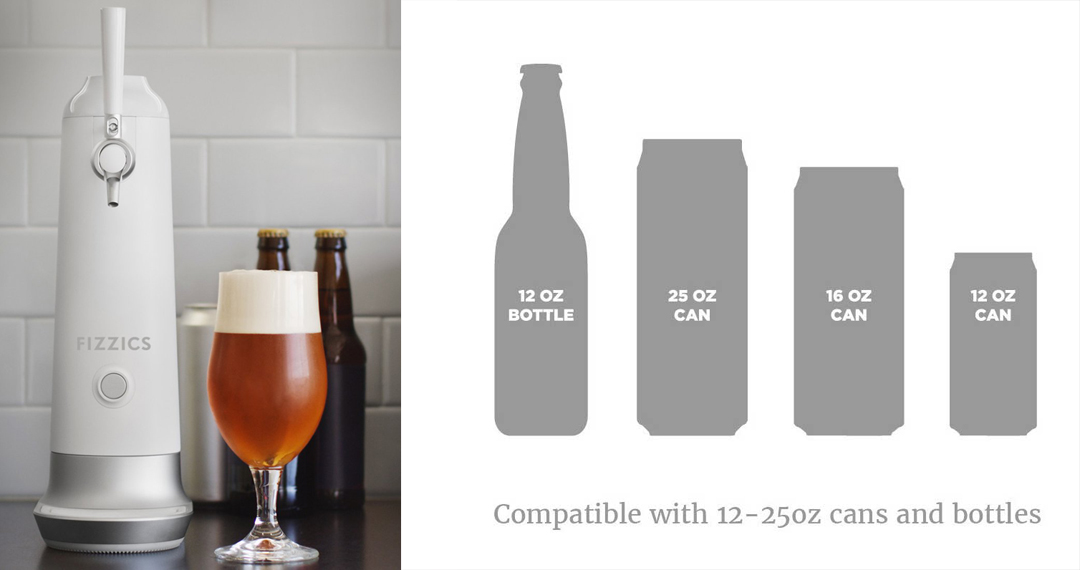 Know someone who would love to get started in the world of homebrewing, but just doesn’t have the time or patience to do so? The PicoBrew was built for them. It’s been called “the Keurig of microbrewing,” because of a similarity in how the machines work.  This smart home-brewing system uses pre-made ingredient packages, called PicoPaks, and a precision temperature and moisture-monitoring system to automatically brew batches of beer without the mess that usually comes along with home-brewing. Users can pick from dozens of available brews, including many specific recipes from well-known breweries. The PicoBrew Pico also allows the user to tweak those recipes, by dialing in more or less bitterness or alcohol content. In just a week, they’ll be enjoying fresh, homemade beer.

There’s the koozie, and then there’s the YETI Rambler Colster. YETI brings its legendary insulation abilities to your can or bottle, with this inventive personal insulator. Spin off the plastic lid, plop your 12 oz. can or bottle inside, reattach the lid, and enjoy chill for hours—not that a beer should ever last that long. The Colster keeps your hands from freezing on an icy bottle, and its No Sweat Design means no more worries about condensation, so you can forgo the coasters.