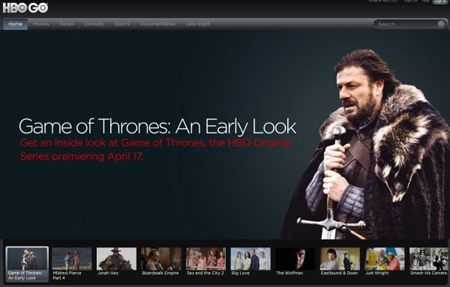 Now it’s even more convenient to follow the politics, lies, thievery and back-stabbing of the critically acclaimed HO Series “Game of Thrones” along with all your other favorite HBO movies and shows. Samsung revealed that a streaming-video app for the popular HBO Go service has now been added to Samsung Smart TVs.

Through the app, people who subscribe to HBO through participating multichannel pay-TV service providers can now get unlimited access to every episode of every season of popular HBO-produced shows, as well as a handful of major movies HBO has arrange to provide.