Happy Star Wars Day From Abt! May The 4th Be With You! 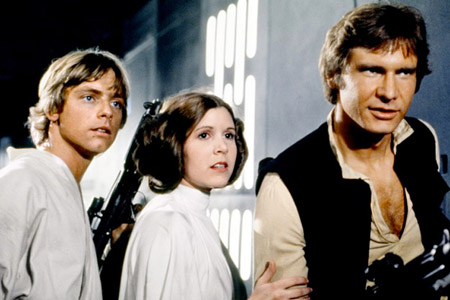 “Those deals at Abt are as big as Jabba the Hutt!!”

Happy Star Wars Day everyone! Grab your lightsabers and blasters rifles, and snuggle up next to your favorite Ewok, it’s time to enjoy the movies that defined a generation of “Warsies” and captivated the world’s audiences to the tune of over $4 billion, according to >Mania.com.  It’s been over 30 years since The Empire struck back, and although some Star Wars technology is now reality, I still don’t have a personal robot or carbon freezing chamber. Fortunately, the world of home theater technology has come a long way since we learned that Darth Vader “is the Father!” (said in my best Maury Povich voice) and we can now enjoy these classic films in an immersive experience so real, we can almost see Chewy’s fleas.

In honor of today, we bring you Abt’s products to make any Star Wars Day experience one for the ages. Star Wars gamers will love our Limited Edition Star Wars Xbox 360, complete with golden C3PO-style controller and R2D2 console. Why not sit back and enjoy a full 13-hour Star Wars marathon (not including The Clone Wars because…why would I?) on a 55” Samsung LED Smart TV. A 240 Clear Motion Rate ensures that you won’t miss a bullet (laser?) flying past your eyes, and the Smart Features will let you share the love, or argue that Han shot first on Facebook, Twitter, and more.

What’s an immersive experience without the sound of X-Wings flying by your ears, or Chewbacca’s (FYI Microsoft recognizes ‘Chewbacca’ as a spellcheck-OK word) gurgle-yell inches from your face? Pick up every whizz, bang and boom, with this Klipsch speaker package.

Finally, all this amazing picture and surround sound does nothing without a Blu-ray player to deliver Lucas’s masterpiece in all of its glory. This low-priced Sony Blu-ray player will make you fall in love with Princess Leia’s buns (couldn’t pass it up) all over again.

How are you going to celebrate Star Wars day? Busting out that Darth Maul costume that you “don’t” have in the closet? Let us know because we are spending all day pretending to ride around the office on Speeder Bikes and having Lightsaber battles so help us out, and make us feel less like the Steven Glansberg‘s in the office.

Great Gifts for Even Greater Moms!
A $99 Xbox In Every Home, Microsoft Hopes
samsungstar warsXBox
0 Comments
By Pete R